Oh geez. So I pulled a goofball move and completely forgot to announce the giveaway winners in yesterday’s post, so without further ado:

Congrats to Emma and Sam! E-mail me ([email protected]) with your contact info and your kisses will be in the mail soon.

As an aside, would anyone have noticed that I didn’t post the winner on the date I said I would if I didn’t bring light to my blunder? My guess is probably not. I think we have a tendency of being acutely aware of our own mistakes or flaws when others probably don’t even notice them a majority of the time. Just a little food for thought. But what’s say we move on to talking about food for the body; it is, after all, WIAW…

The other day I realized that I don’t really spend a lot of time talking about food anymore. Back when I started blogging, the majority of my posts included a documentation of whatever it was that I ate on that particular day, but now? I’ve even stopped sharing my breakfasts with you guys, and those were always my favorite! 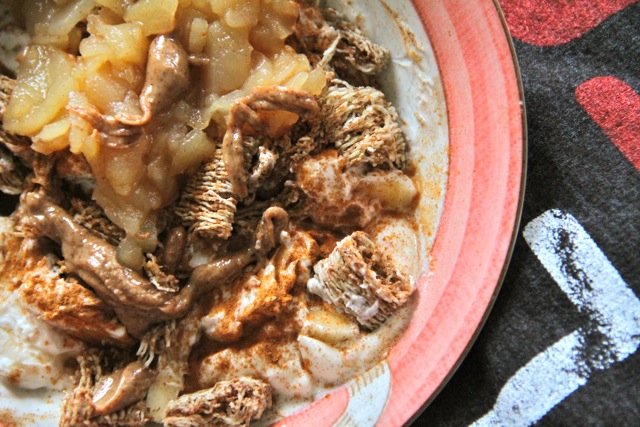 So why the change? Well, a big part of it has to do with the fact that food kind of got put on the back burner in my life. I still love it, obviously, but my life no longer revolves around it and I no longer put it on a pedestal like I did when I was recovering from my ED. That’s not to say that I have no interest in talking about food, buuuuut a lot of the time I’d rather be talking about things like travelling and makeup.

That being said, I do have to admit that I kind of miss it sometimes. Like yesterday morning when I was enjoying a mid-morning snack? 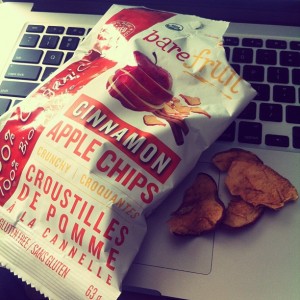 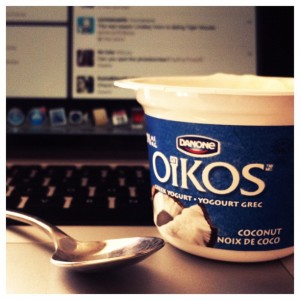 I found myself getting super excited over how good it was and wanting to share it with you guys asap. Seriously, I thought the combination of apples and plain yogurt was amazing, but apples and coconut yogurt? Oh.my.word. Talk about taking things to a whole other level. You better believe there was some repeat action going on when I got home… 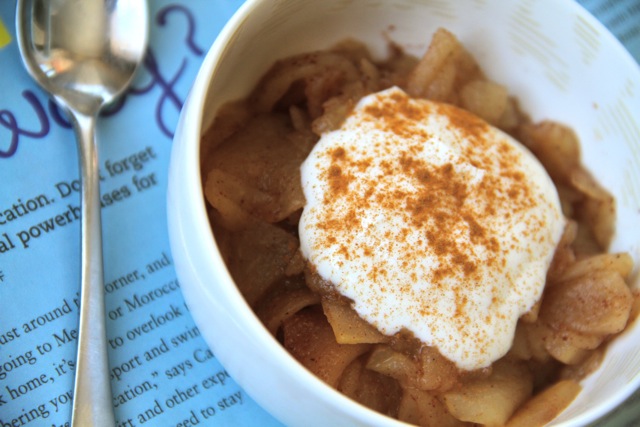 That would be some freshly made chunky applesauce topped with a dollop of coconut Greek yogurt. Swoon. And for those of you who can’t find coconut flavored yogurt, I would recommend adding some coconut milk (from a can) to plain yogurt – it’s something I used to do way back in the day and it’s pretty much just as delicious. But I’m getting ahead of myself here. Before that bowl of deliciousness came lunch…

… which was eventually followed by an afternoon snack… 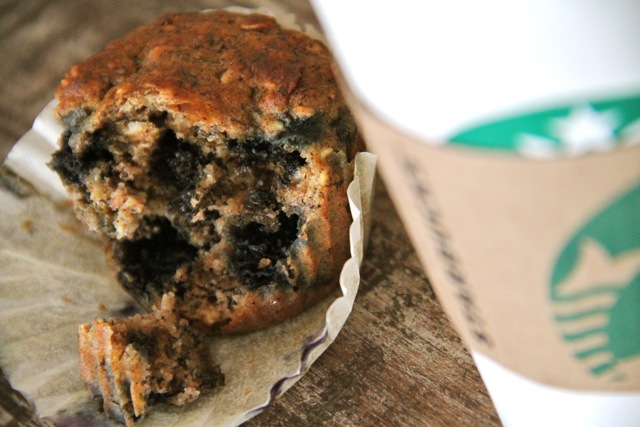 A blueberry banana muffin with a Starbucks cappuccino to wash it down.

And yes, I whipped up another quick batch of muffins on Monday night. The first one disappeared way too quickly because I was forced to share, so I wasn’t quite able to get my fix. Thankfully, I think I’m good on muffins for a little while and I can now move on to tackling my next project: [maybe protein] bars.

But back to what I was talking about before my mind got sidetracked by food. Another reason for the lack of food talk around these parts is that that I tend to eat a lot of the same things on a daily basis and I feel like constantly showing you guys pictures of string cheese, sandwiches, cereal, and frozen pizza would start getting a bit old. I mean, it’s not every day I whip up something creative for dinner… 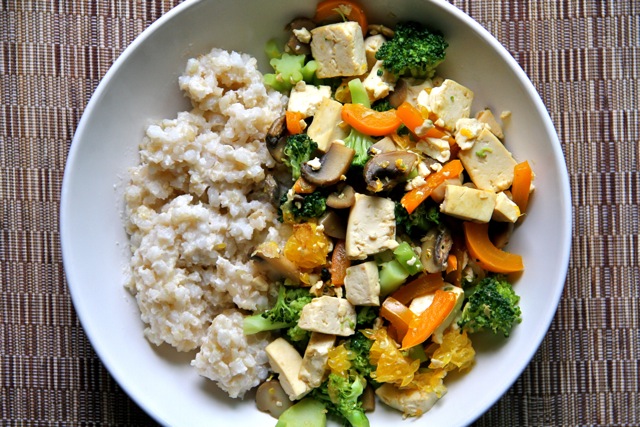 And my night time snacking routine is pretty consistent… 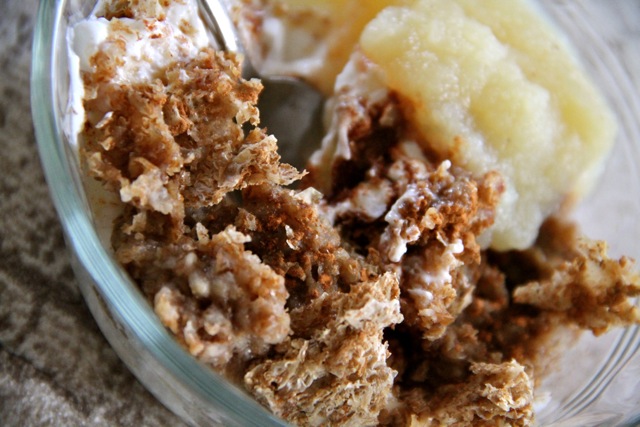 Basically, I’ve found meals and snacks that work for me and I tend to stick to them for a couple of reasons. First, I have a really finicky stomach that doesn’t always take kindly to a lot of variety. Trying new foods, while exciting, often leaves me feeling not-so-great… especially when a lot of spices or flavors are involved. Second, it’s kind of nice to not have to put a lot of thought into my meals. Every now and then I’ll crave something different and get hit with the urge to be a little more creative, but for the most part I’m pretty satisfied with the foods I eat and don’t feel much of a need to change them out.

Oh! And did you realize that today is officially the first day of spring? I almost forgot about it on account of the fact that we’re still buried in snow over here, but it’s nice to know that warmer days are on the way soon (I hope), and I’m definitely not complaining about extra hours of sunlight that we’re already getting. Not looking forward to spring cleaning so much, but it always feels nice to de-clutter a little bit.

Eaten any delicious foods/combos lately that you wanna share? Trust me on the apples and coconut!
What’s your go-to night time snack? Cereal and yogurt is always a winner for me.