I kind of have a bit to talk about today, so we’re going to skip the fancy intros and jump right in to What I Ate Tuesday. 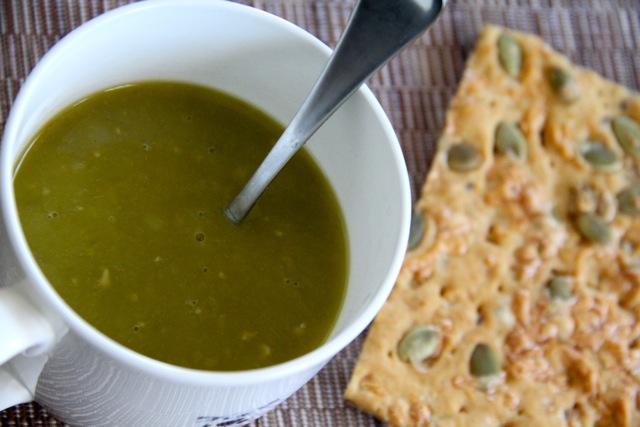 What is it?!? A cup of my mom’s homemade split pea soup (I really need to bug her for the recipe), alongside a Dr.Kracker pumpkin seed cheddar crispbread for some much needed crunch. A lot different than the cereal/yogurt/chocolate/fruit/AB/what.have.you concoctions that I normally have before bed, but I was craving it so I rolled with it… time will tell if it was a good idea 😉

Rewind to breakfast, which looked a whole lot more familiar… 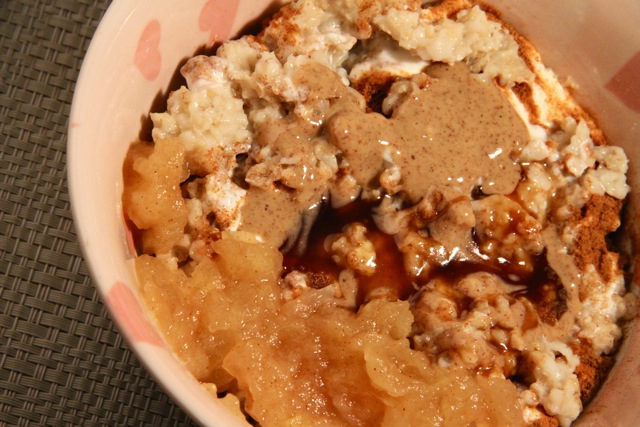 Oats, oats, and oats… with plain Greek yogurt, homemade applesauce, honey, and almond butter thrown on top. I start pretty much every.single.day with a bowl of oats (except for when I’m on vacation, apparently), and I have yet to tire of it or crave something else. I’ll switch up my add-ins every now and then, but the oats are pretty much a given. And if I don’t have them in the morning? I’ll end up craving them for the rest of the day, so I figure it’s best to satisfy that craving early and just get it out of the way.

That’s the thing about cravings… they tend to stick around until satisfied. You can try tricking them by snacking on something that’s similar-but-different (recipe coming soon!)… 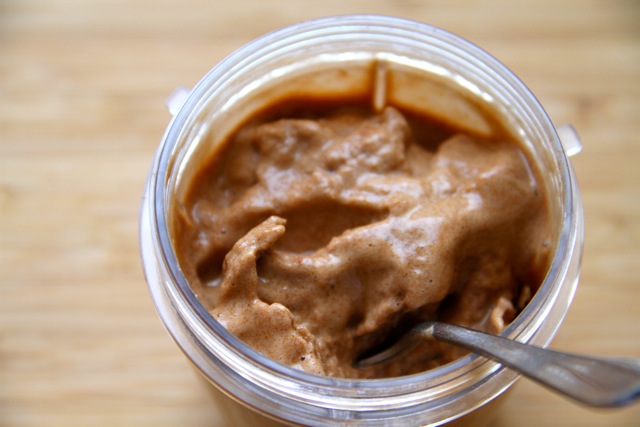 But they almost always catch up to you in the end… the end in this case being 10:17 AM yesterday morning 😯 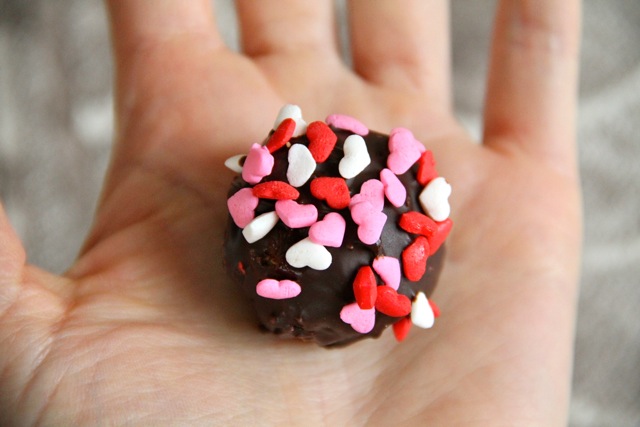 Cravings are a tricky thing. They don’t seem to be much of an issue when we’re craving something like eggs or broccoli (it does happen!), but when it comes to things like chocolate and ice cream? That’s when we start running into some problems…

I’ve gotten a lot better at honouring my cravings whenever they happen to pop up, but that’s not to suggest that I have everything perfectly figured out. There are definitely still times where I can’t help but question what I’m craving, especially when what I’m craving happens to be chocolate truffles at 9 AM. There are also times where I can’t figure out what the heck it is that I want (besides “something”), and I end up picking away at 20 different things hoping something will strike my fancy. Thankfully that wasn’t the case when lunch time rolled around, though — I knew exactly what I wanted… 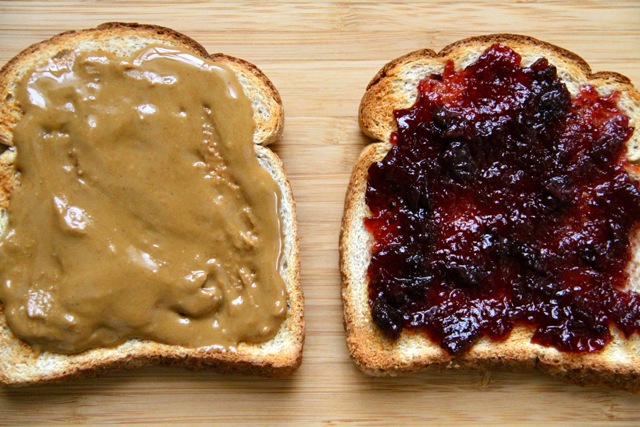 An almond butter and jelly sandwich was on the menu. And on the side? Some cold leftover veggies that I roasted up a couple of days ago (not the entire tray)… 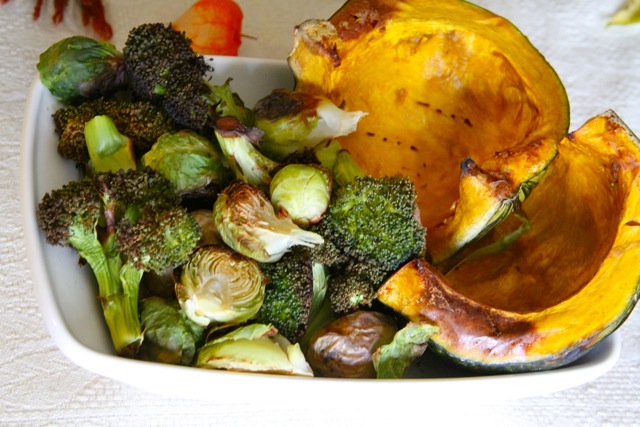 My afternoon snack was pretty much a no-brainer as well… 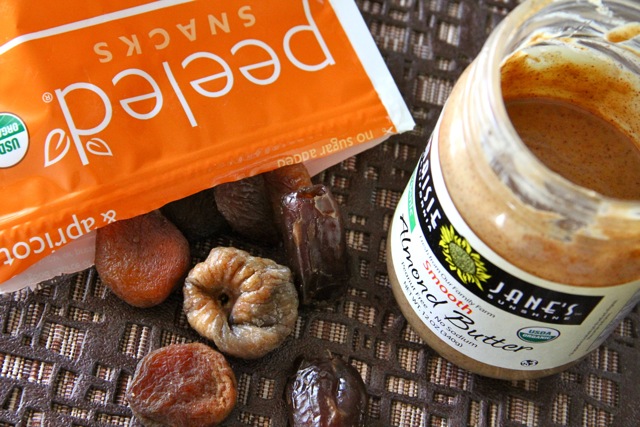 Various dried fruits dipped in almond butter. That obsession I mentioned? Still going strong. My only complaint is that the level of almond butter in my jar has reached that annoyingly low point where I can no longer dip my dates and figs into it with ease. I suppose there are worse problems to have, though… like not being able to figure out what to make for dinner. 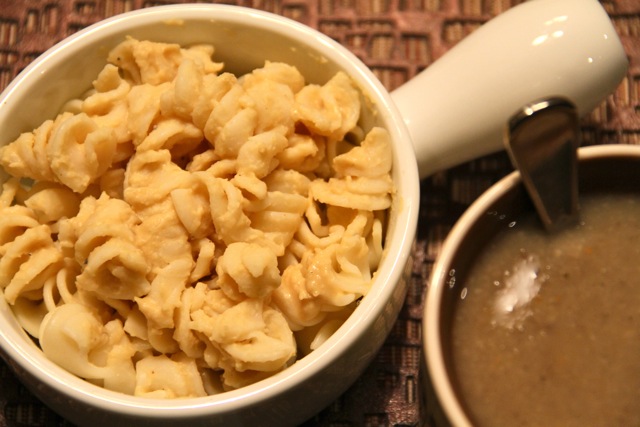 I wasn’t feeling overly hungry, but that craving-something-but-don’t-know-what feeling hit me pretty hard in the evening . I almost went with a bowl of cereal or some other kind of breakfast-type-food, since that’s my typical go-to meal when I find myself in that sort of predicament, but I was kind of feeling something savoury, so I went with a a bowl of whole wheat noodles mixed with hummus and a cup of mushroomy soup instead. Not bad, but I was still craving a little something, and I needed to follow it up with some bunnies before I felt fully satisfied. 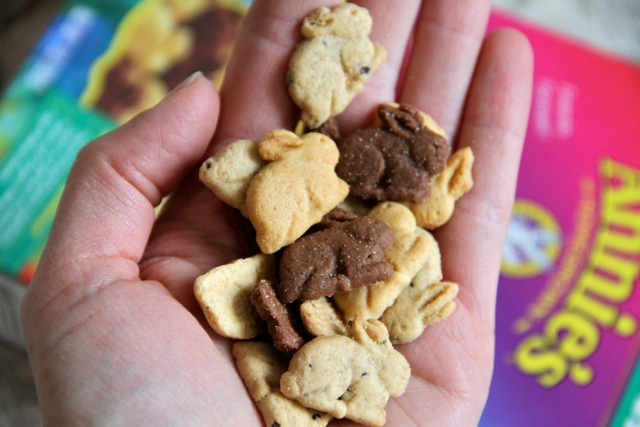 And that’s how I curb my cravings — by honouring them. I’ve learned that eating a carrot when I want a cookie never works, and that gulping down a glass of water when I’m hungry will leave me bloated sooner than satisfied. I can’t help but cringe when I come across articles that try to teach women how to “silence” their cravings, because while it might work in the short term, ignoring your cravings and denying yourself the foods that you love will usually only get you into trouble in the long run. Not only do those cravings never really go away, but they keep building up, increasing the likelihood that you’ll go overboard when you finally do let yourself have the foods you’ve been wanting… at least that’s what I’ve found.

My eating disorder removed most sugars and carbs from my diet for so long that those things became all I wanted to eat in recovery. Did I go overboard? Heck yeah I did! I don’t think I’ve ever had that many consecutive sugar comas in my life… But my desire to eat ALL the sweets slowly tapered off when I began to eat them more regularly and realized that they weren’t going anywhere. Not labelling them as “off limits” also helped take away some of their appeal — after all, we always want what we can’t have 😉

And that’s it for me today, friends! I’ll see you guys tomorrow for Thinking Out Loud! 😀

What are your thoughts on cravings? Should they always be honoured? Or do they sometimes need to be mediated?
What’s your favourite dried fruit?
What’s your go-to meal when you don’t know what to make?