1. Can’t stop, won’t stop! The banana ice cream obsession continues, only this time with cocoa powder and cacao nibs for a double dose of chocolate and some crunch <- 🔑. I ran out of raspberries or there would have been some of those guys hanging out in there too… 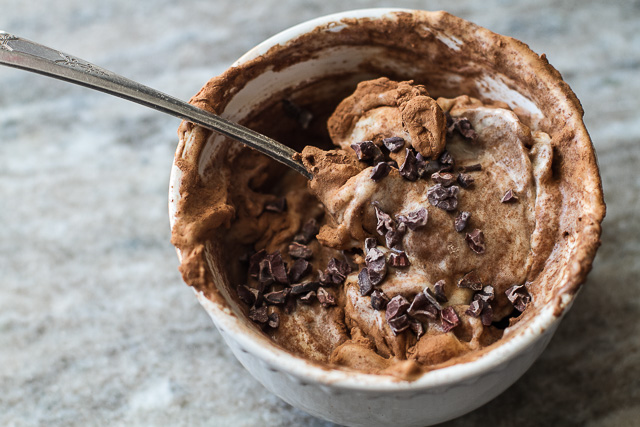 2. Speaking of banana ice cream… and chocolate… and raspberries… have your eyeballs seen the banana ice cream breakfast parfait I posted yesterday? Because it’s kind of the perfect addition to your summer breakfast rotation seeing as it’s nice and cool and super easy to make. Not to mention nutritious and delicious. Just saying. 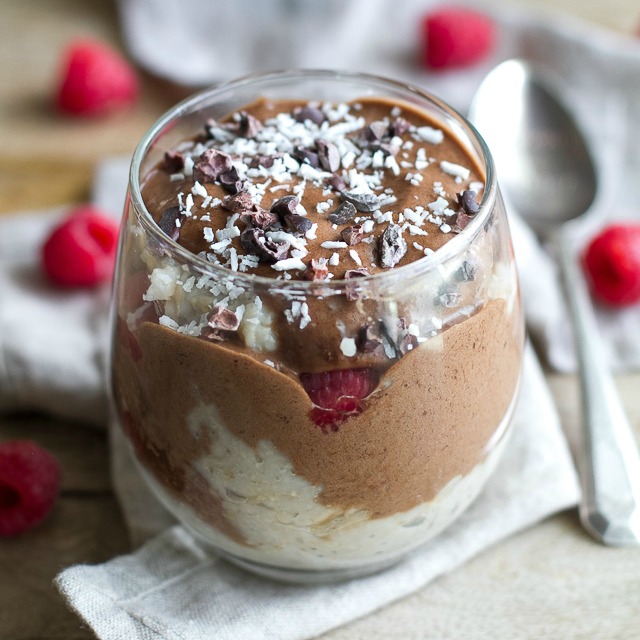 3. So I think the barista had a little finger slip up while taking my order the other day… 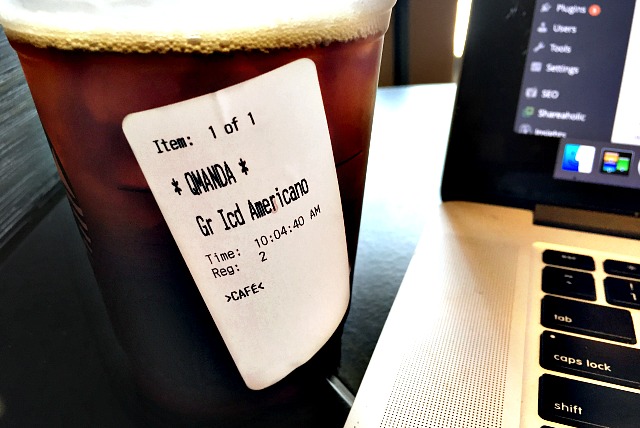 Just call me Q-manda 💁🏻 Or “Quanda” as another barista called out when my drink was ready. But, really… call me whatever you want as long as you feed me coffee.

4. And while we’re talking typos… I’ve been making more than my fair share of them recently too, and I 100% blame it on the fact that my nails are getting way too long, which makes typing super awkward. I also can’t get cream out of a jar without getting a tonne of it stuck under my nail, and I’m a little paranoid about gouging my eyeballs out whenever I handle my contacts. I’m thinking it might be time to cut them. 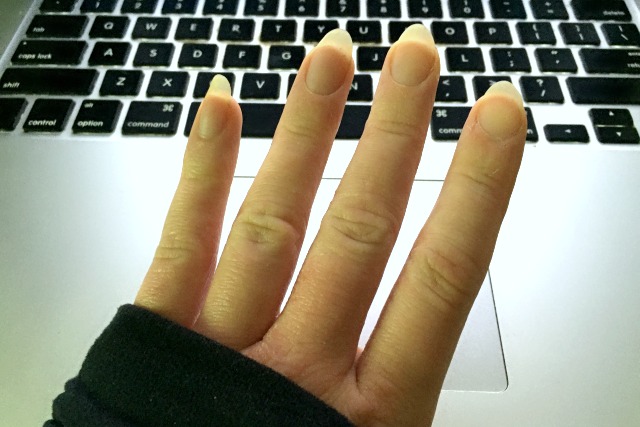 5. That being said, the sound of nails being clipped has got to be one of my least favourite sounds in the world. It ranks right up there with loud chewing/swallowing and listening to people be judgmental/hypocritical. Don’t do that sh*t around me! 😡

6. DO feel free to follow me on Snapchat where I’m constantly showing off my productivity #skillz, though 😂 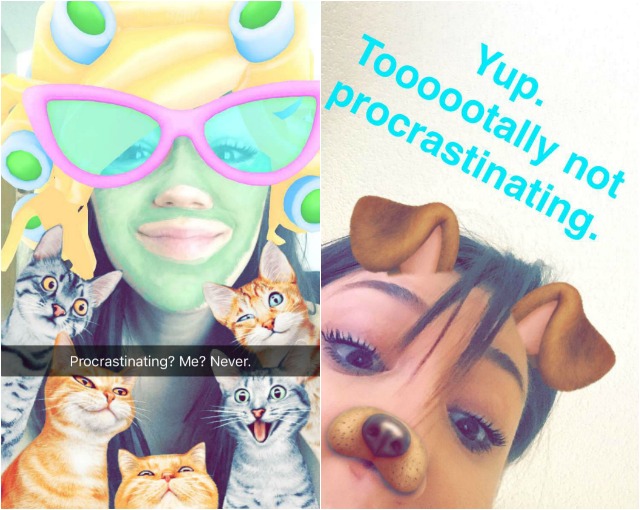 7. And on Pinterest where I spent a good hour tinkering with the covers of my boards…

BUT! Pinterest is kind of part of my job, and presentation is important, so I was basically working 😜

8. Oh, and in case you’re wondering, I’m still biking [almost] everywhere… even if it’s only to the store to pick up ONE zucchini that I needed for a recipe 😂 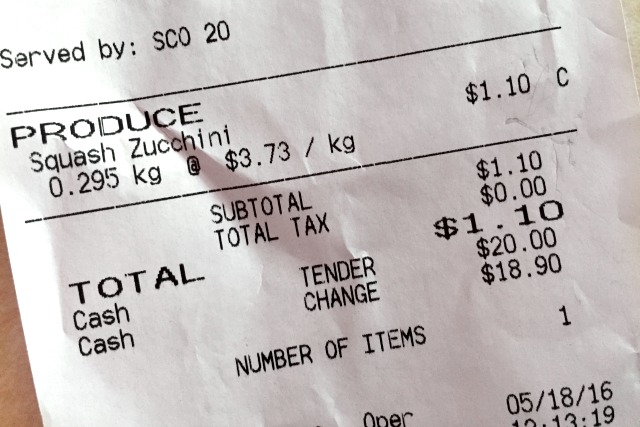 9. What I’m wondering is whether or not I should buy a new collar for Ky. She’s had the same one for… ever?… and while it’s all worn out and faded, I’m thinking it’s probably also worn in and comfy… like that favourite pair of jeans with all the holes in them that you just can’t bring yourself to get rid of because they wear so well… ya know?! My little Ky-ote (and her ratty collar)… on her posturepedic puppy mat 😂 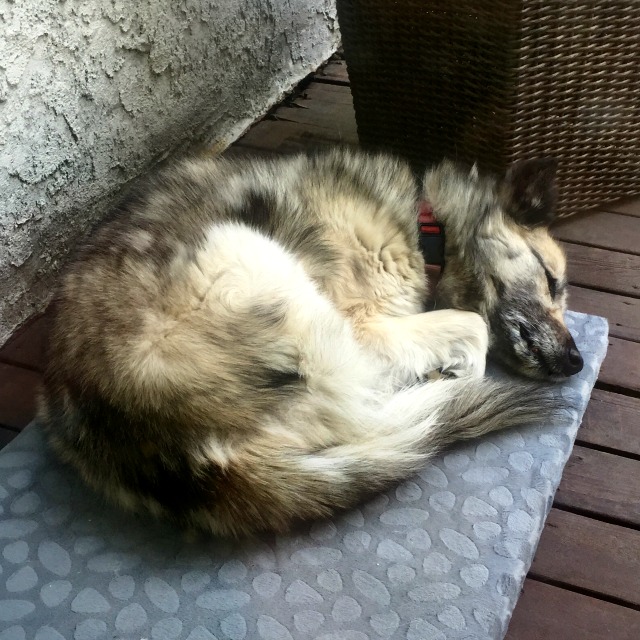 10. Also! Before I forget, I wanted to thank everyone who left me book recommendations! I’ve got them all jotted down and I’ll be picking a bunch of them up the next time I’m in the bookstore… which hasn’t happened yet just because it’ll probably take me close to an hour to bike there 😂 But in case you’re in need of a new read, here’s a list of the ones that were mentioned! (all links go to Goodreads)

Secondhand Souls by Christopher Moore.
The Martian by Andy Weir.
Red Rising (trilogy) by Pierce Brown.
Fall of Giants by Ken Follett.
The Lake House by Kate Morton (<- I’m assuming since no author was given)
The Time Traveler’s Wife by Audrey Niffenegger.
Landline by Rainbow Rowell.
The Legend of Sam Miracle (“The Outlaws of Time” series) by N. D. Wilson.
100 Cupboards (series) by N. D. Wilson.
The City of Bones (“The Mortal Instruments” series) by Cassandra Clare.
The Lightning Thief (“Percy Jackson and the Olympians” series) by Rick Riordin.
The Secret Keeper by Kate Morton.
The Little Paris Bookshop by Nina George.

Holy.snap that’s quite the list. You guys rock my socks off 😍 And I’ll see you hip cats (ehh?) in a couple days with a recipe featuring that aforementioned zucchini. I think. Either way, stay awesome!