I tend to eat a lot of the same things on a daily basis, which probably has a lot to do with the fact that I don’t do any meal planning or spend much time thinking about what I’m going to eat… I think I’m still getting over the fact that I used to spend hours planning/prepping/cooking/eating in the midst of my ED — I’m just not ready to back to any semblance of that 😯

I don’t generally mind, especially since I don’t have to worry about cooking for a family, but sometimes a girl needs a little variety, ya know? Sometimes white rice and smoothies (not together) just don’t cut it anymore; and that’s when we bring in the replacements… 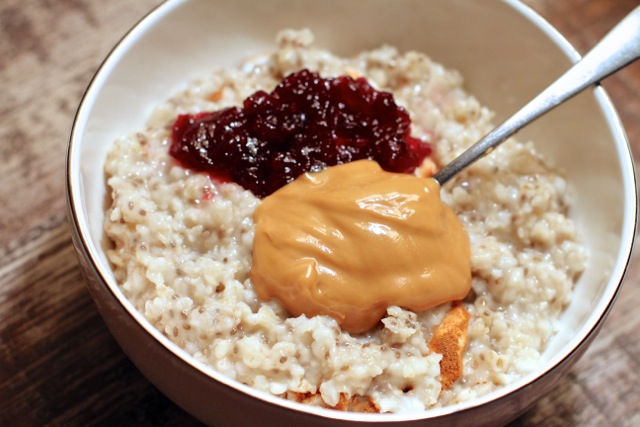 And the verdict is… I.am.in.LOVE. I know adding chia seeds to oats is nothing new, but why the heck did I wait so long to try it myself? Probably because I have a love/hate relationship with chia seeds, but still! I usually add an egg white to my oats because I love the texture it gives them, but I was craving something a little different, and when Meredith mentioned chias, I decided to give them a shot. So good. The little buggers made my oats so fluffy and voluminous that my bowl literally didn’t want to end (no complaints!). And the extra boost of healthy fats and fibre is a nice little perk too. Okay. Done doting on chias now… 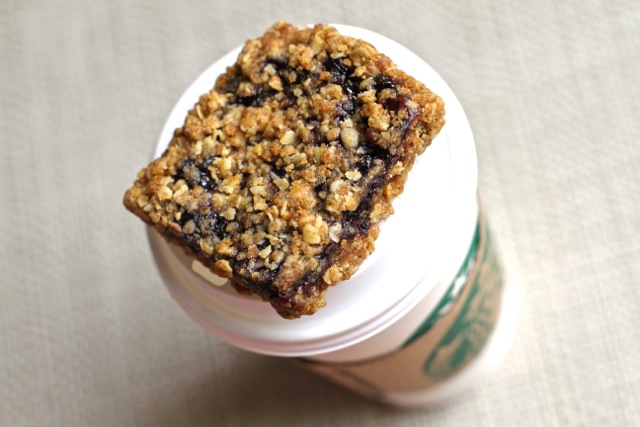 An Americano from Bux and a blueberry crumble bar.

And the verdict is… SOMETHING. As much as I love my smoothies, having them as a morning snack has always been a little awkward since that’s when I like to have my coffee and the two don’t exactly make the most ideal combination. And as good as coffee is on its own, it’s just that much better when accompanied by a baked good, am.I.right? The bar is a recipe that I made for Savory Style (have you checked out my sweet potato nachos?!), and I’ll be sharing it soon. 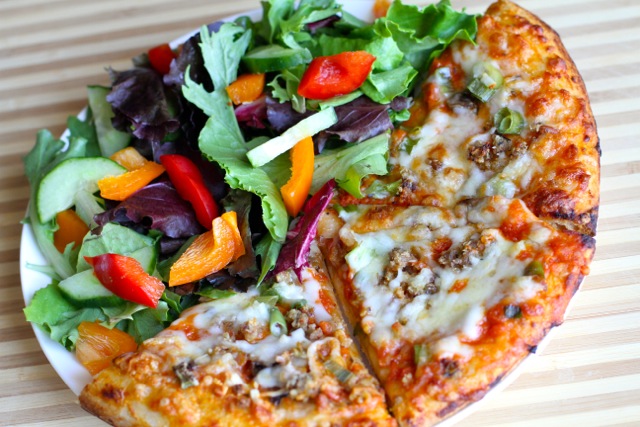 Amy’s Italiano pizza with a small side salad.

And the verdict is… ehhhh. Just kidding; it was fabulous 😉 But then again, it’s pizza so that’s kind of a given. I still love my snack plates and won’t be going without them for too long, but I need to hit up the grocery store and replenish my supplies because I’m seriously lacking in snack plate ingredients. 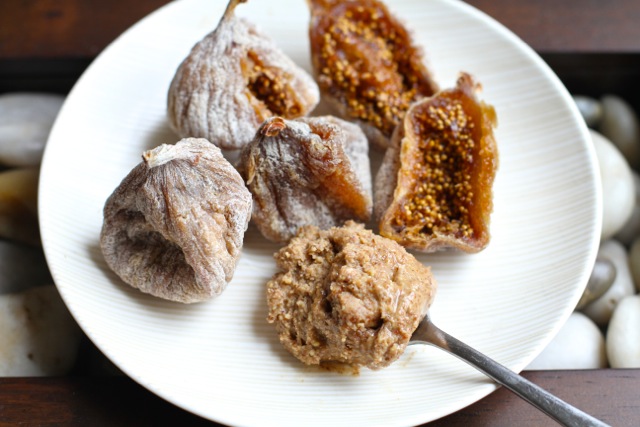 And the verdict is… crunchily delicious! And I can’t believe that crunchily is an actual word 😯 I was expecting a red squiggly line. But I digress. Dried fruit in general is delicious when paired with nut butter, but figs are especially lovely because their seeds add the nicest little crunch, instantly making them more fun to eat. Kind of like adding sprinkles to smoothies, except maybe a little less colourful. 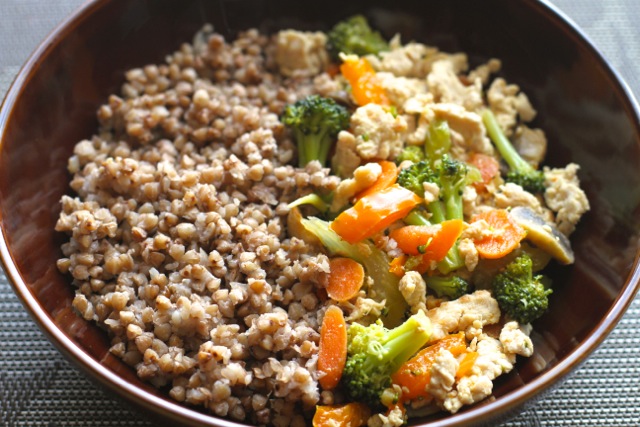 Chicken and veggies stir fried in toasted sesame oil alongside some buckwheat kasha.

And the verdict is… winner, winner, chicken dinner! I adore white rice (it’s probably my favourite grain after oats), but a girl can only take so much of it before she starts wanting to eat other grains. My family is very European, and buckwheat kasha  was a pretty big staple in my diet growing up. I really do need to start eating it more often, though — I’m in love with its fluffy nuttiness. 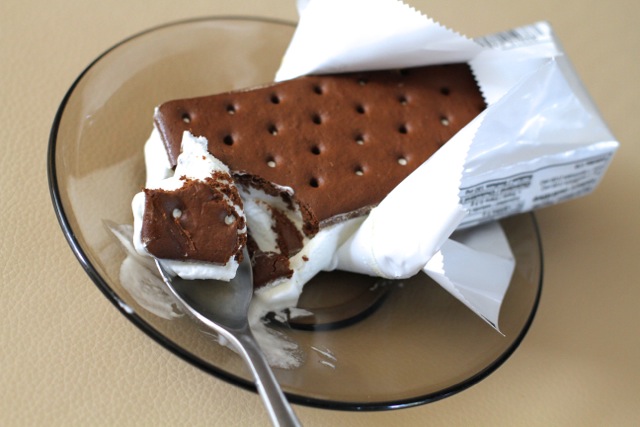 And the verdict is… yummmmmm. You didn’t think I meant actual sandwiches, did you? You know me better than that 😛 Chocolate bread… vanilla ice cream spread. To.die.for. Especially when it starts getting all soft and melty.

And that’s a wrap! I’ll see you guys tomorrow for Thinking Out Loud! 😀

Do you meal plan/prep?
Have you ever tried cooking your oats with chia seeds?
Smoothies or snack bars?
Snack plates or meals?