Hi beautiful people! 😀 Can you believe it’s already June? Eeeee. Love it! And what better way to bring in a beautiful (and hopefully sunnier) new month than with a delicious round of WIAW.

I started off the first day of June the same way I start off any other day… with tea and breakfast prep. 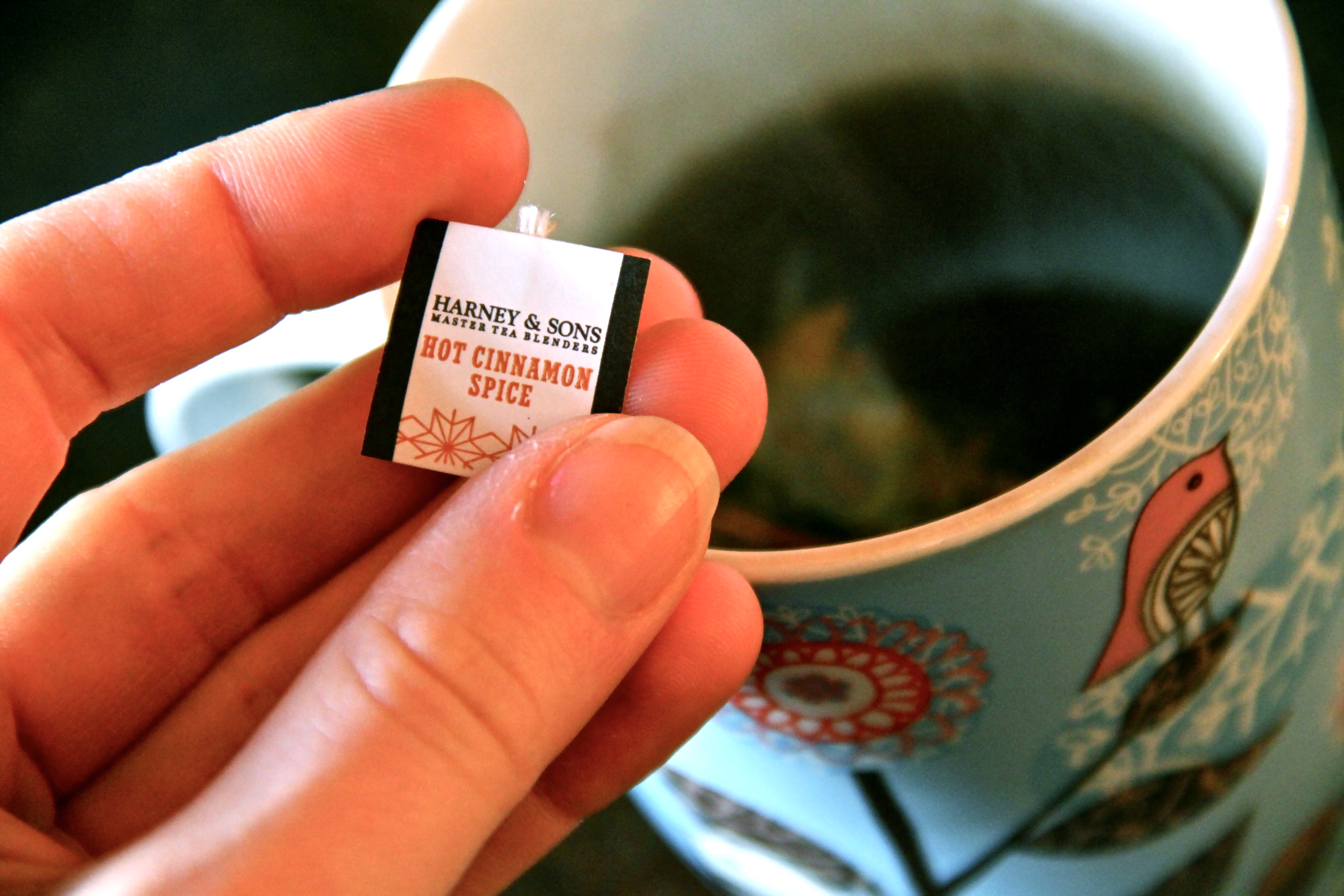 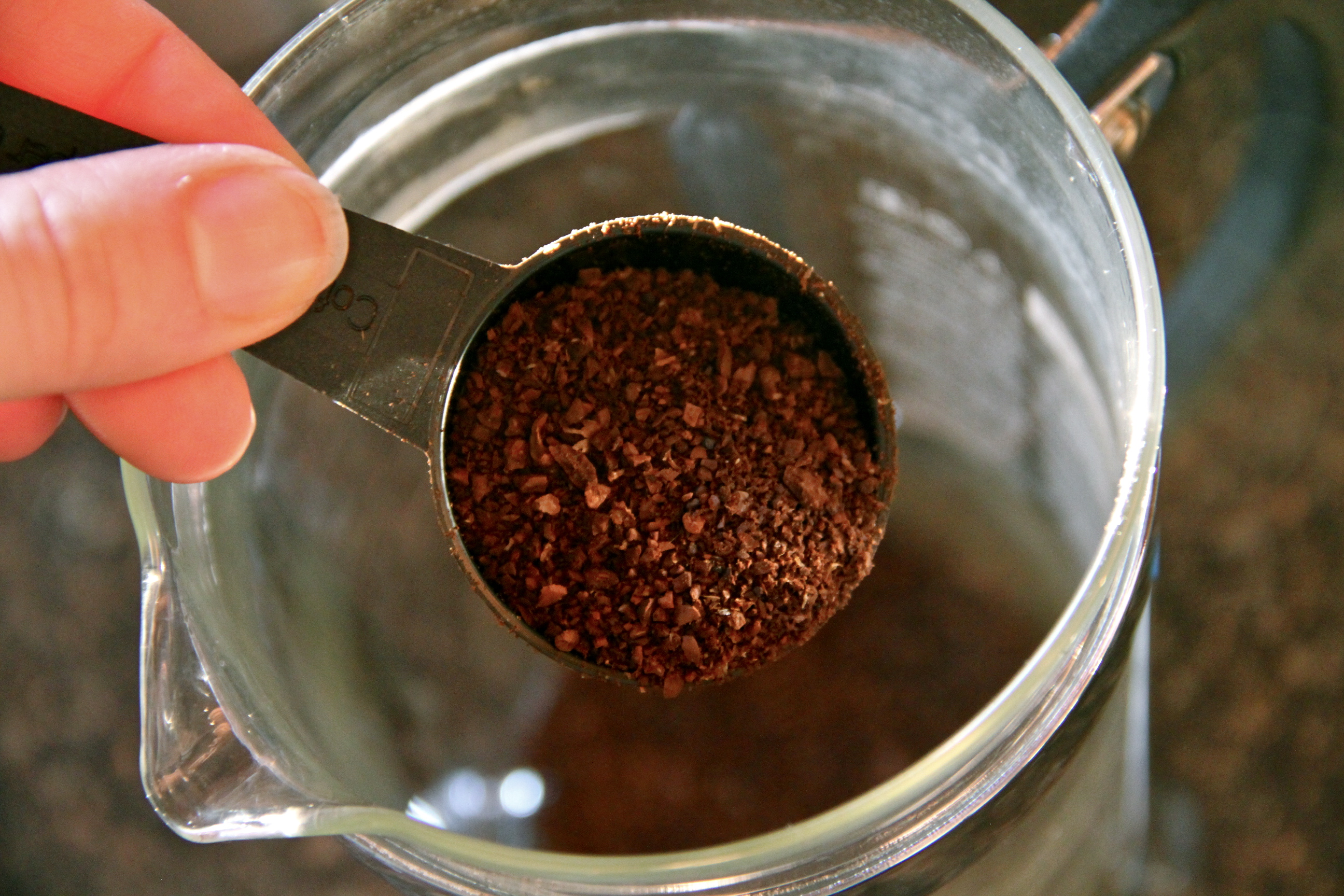 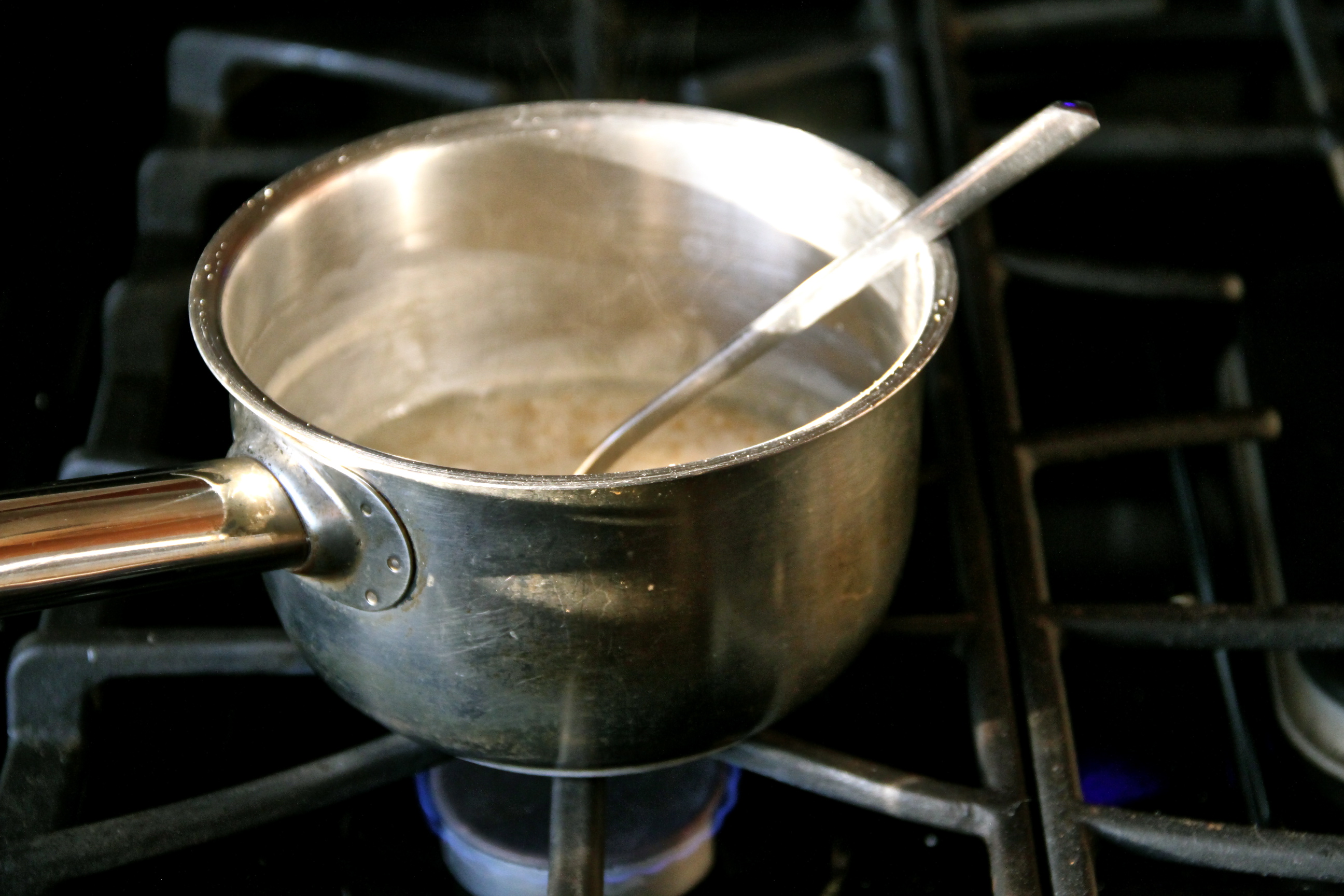 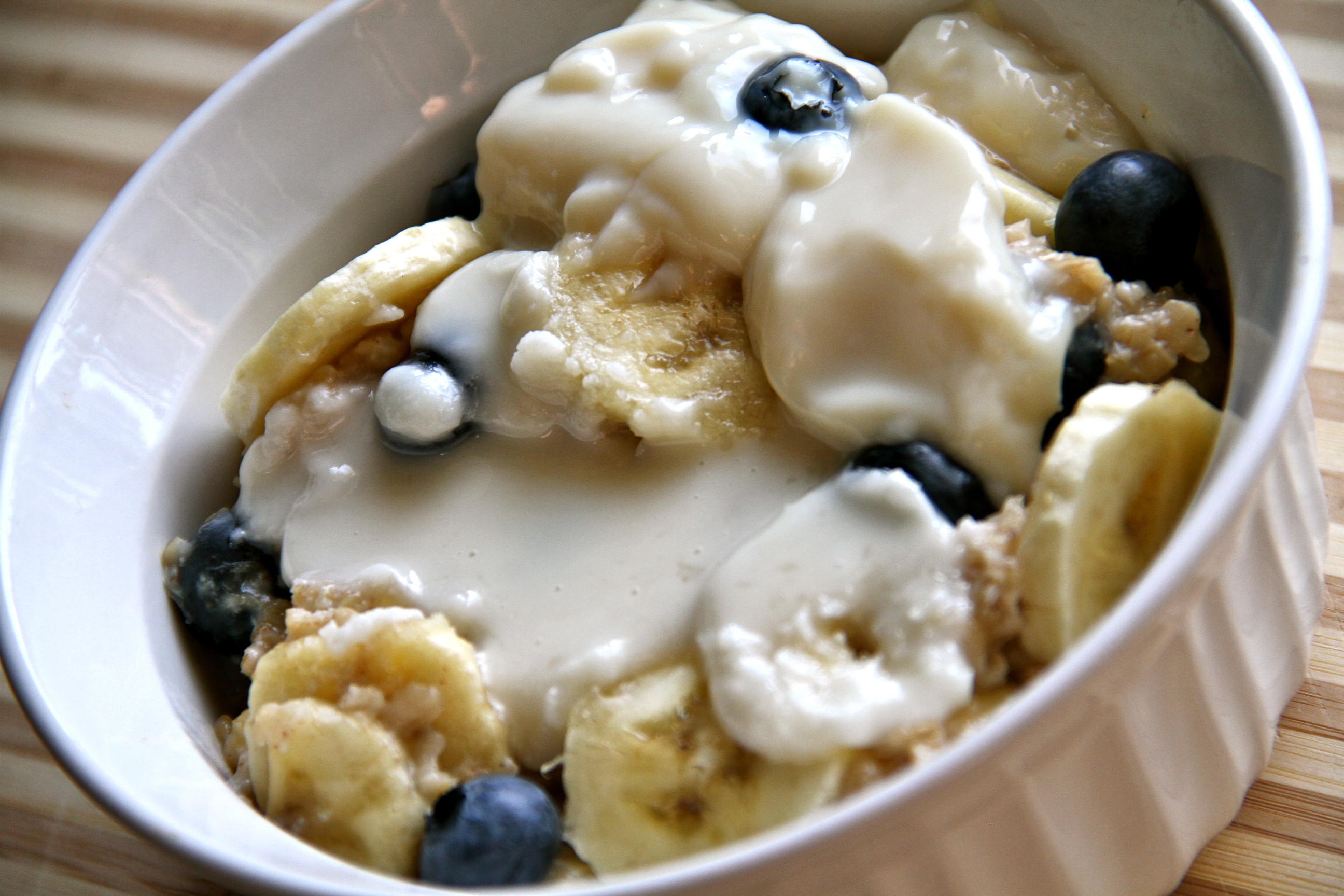 Did you know that the first of June also happens to be International Children’s Day? I don’t think it’s that commonly celebrated over here in North America, but because my parents were born and raised in Europe, and grew up celebrating it themselves, they always get me a little something special… 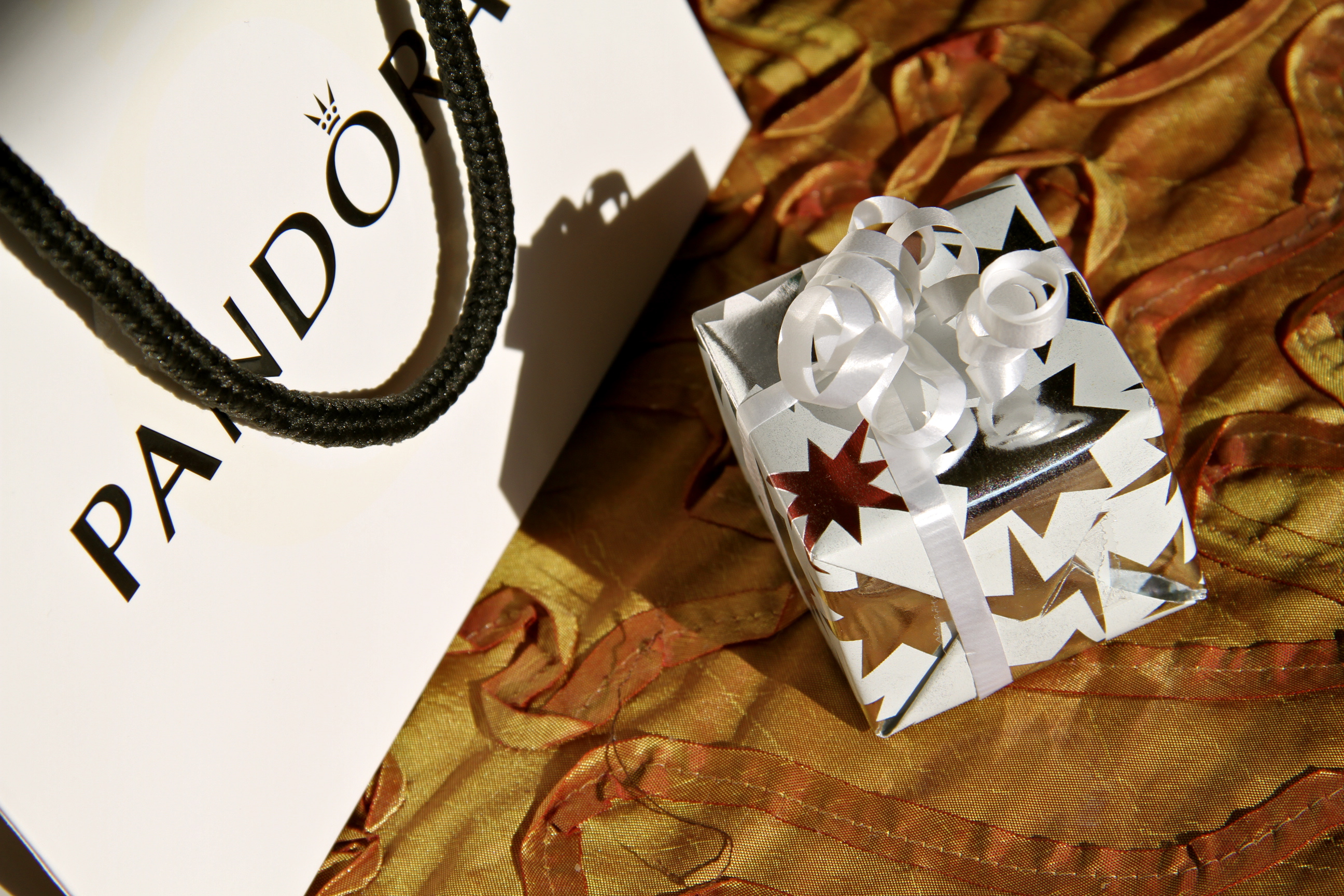 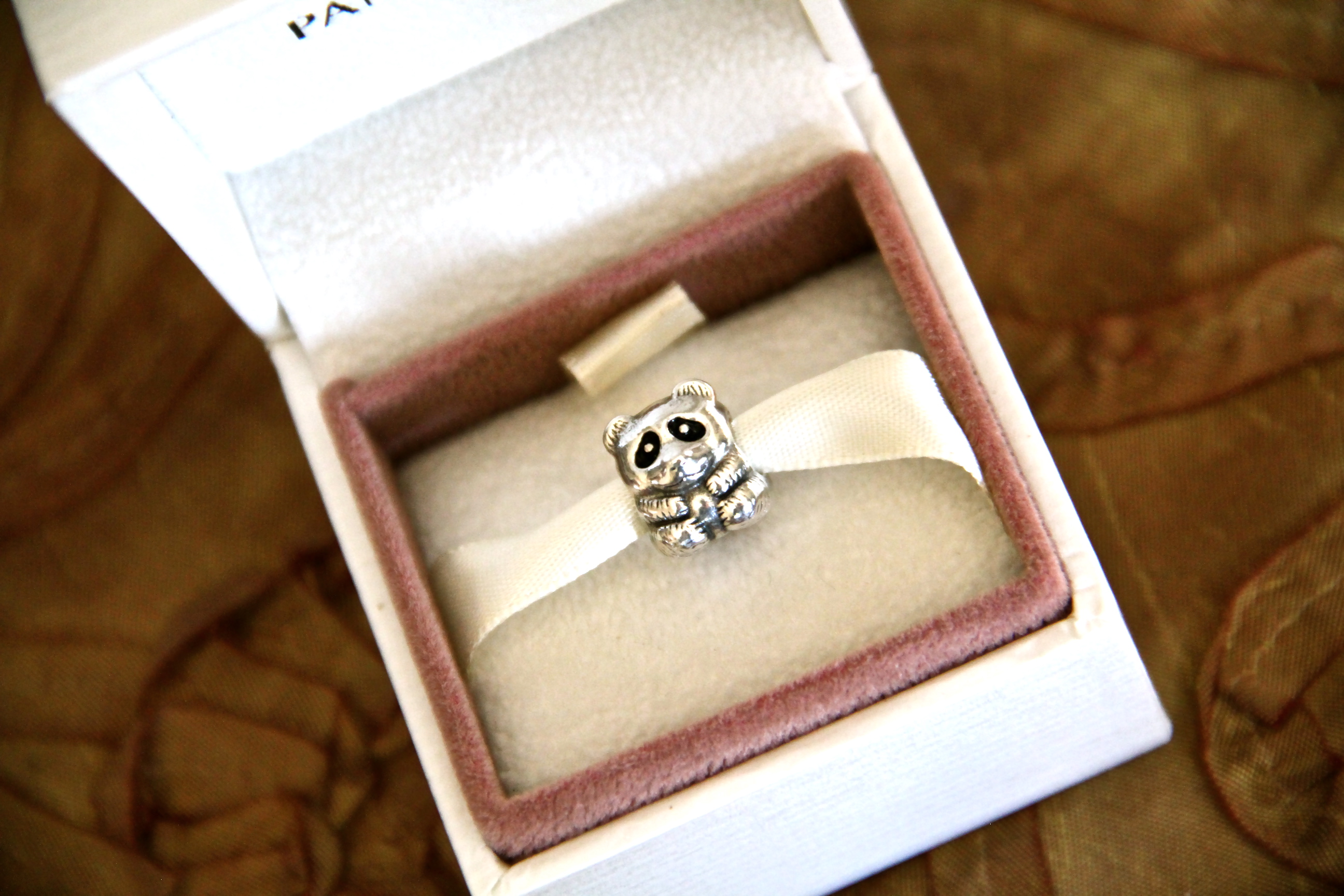 This year it was a little panda charm for my Pandora bracelet *squeak*. 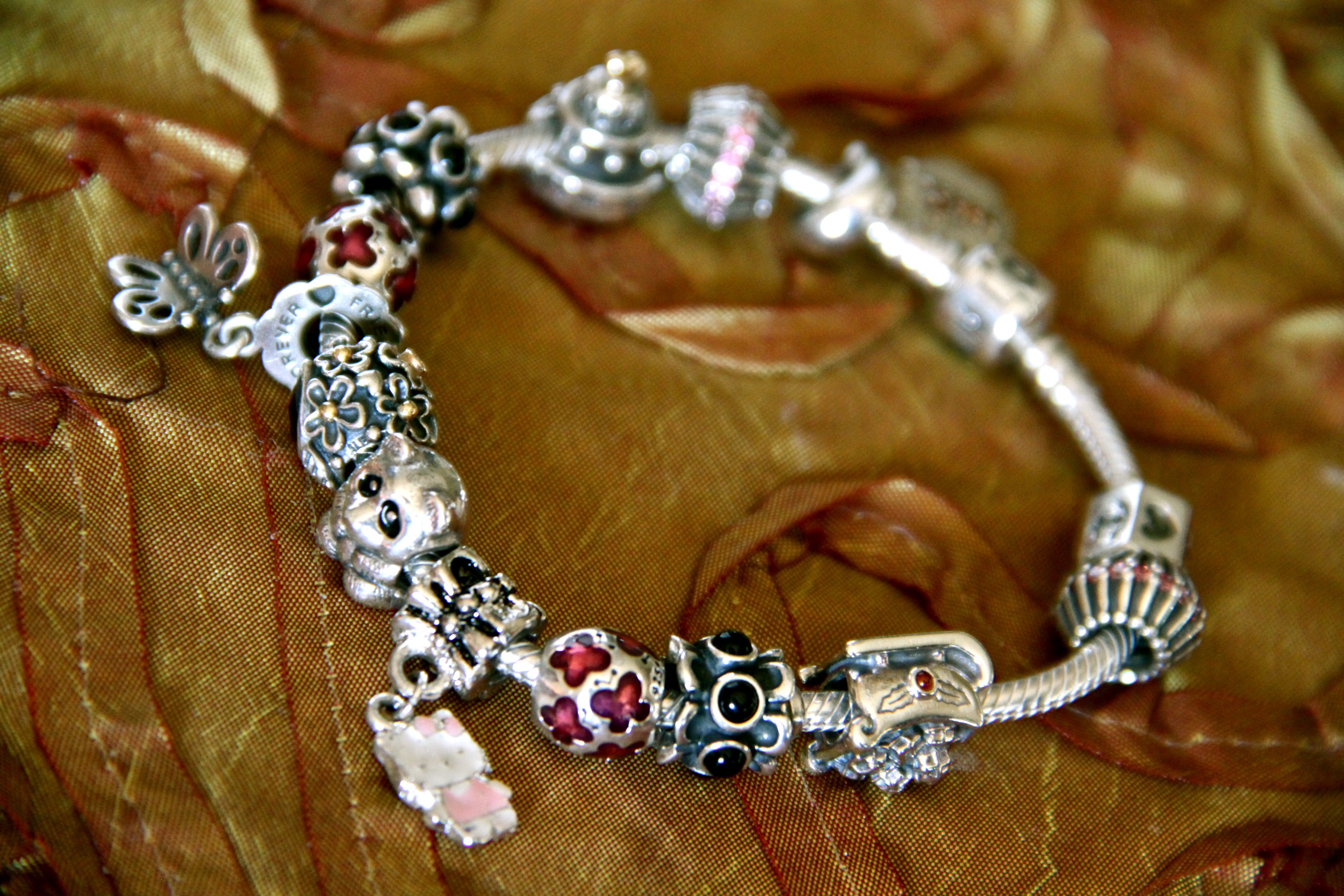 Amanda Panda. Get it? 😉 No, I will never grow up… nor will I ever get tired of these… 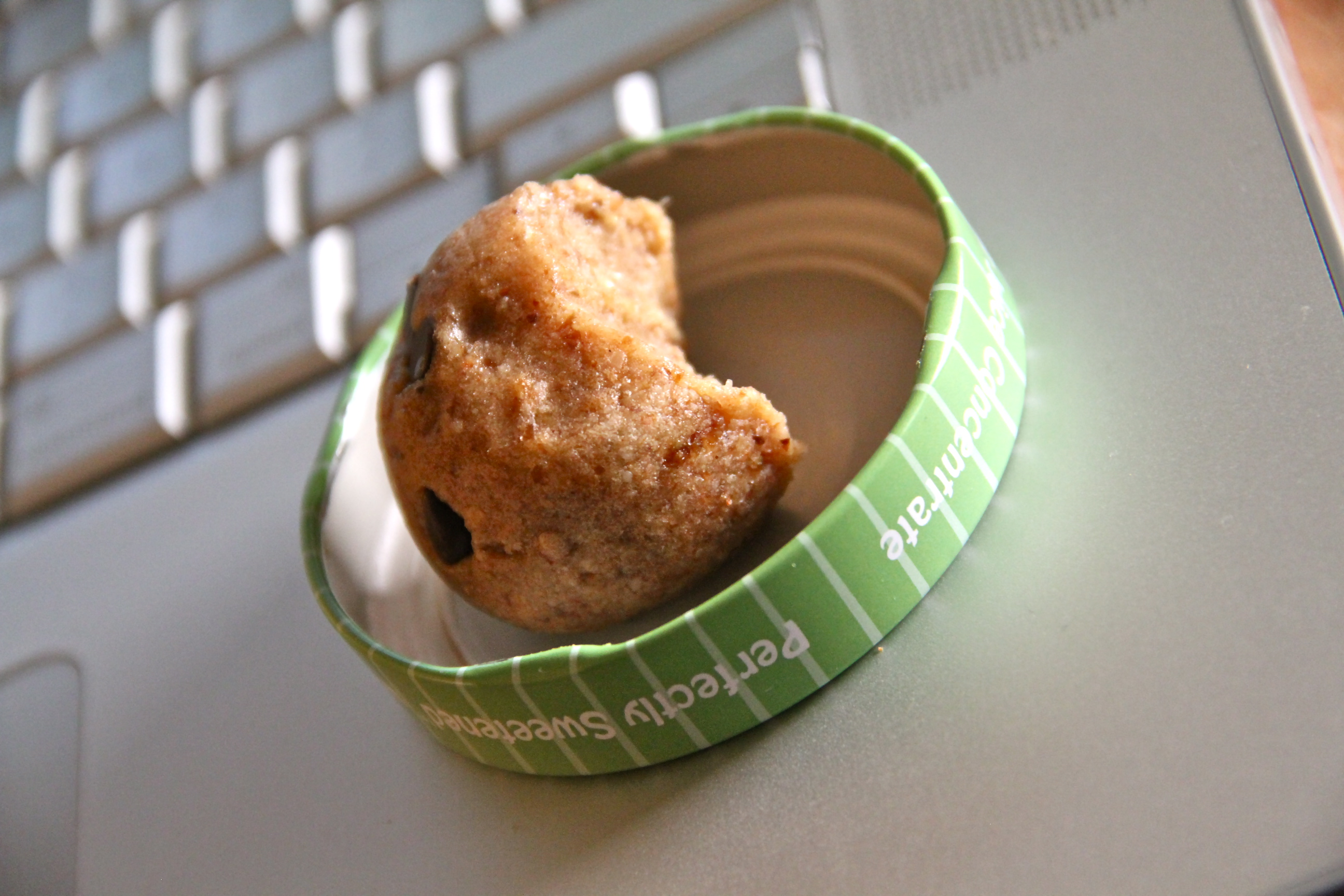 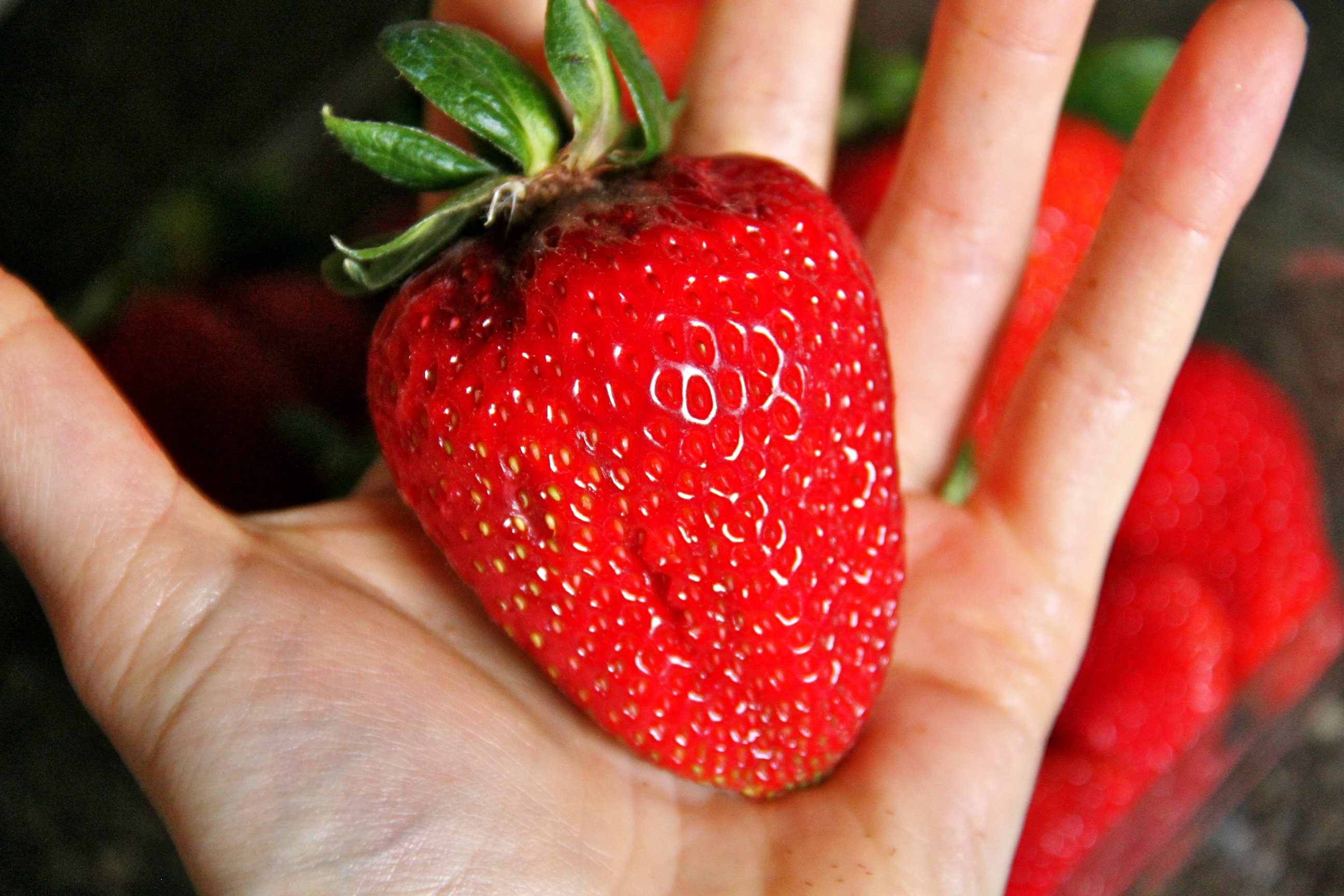 What? You don’t use empty jam container lids as plates? Pssh. Get with the times! Or… don’t; I was just too lazy to go rummaging through the cupboards, so I grabbed the first thing I saw. Hey, whatever works. And speaking of which… what kind of magic are they working to pump out strawberries that grow as big as my face? I should probably be at least a tiny bit concerned, but they’re just too darned tasty.

And you know what else is tasty? Breakfast… which is why I decided to have it again when lunch time rolled around. To get my veggies in, I figured I’d throw a salad beast in there too, just for good measure. 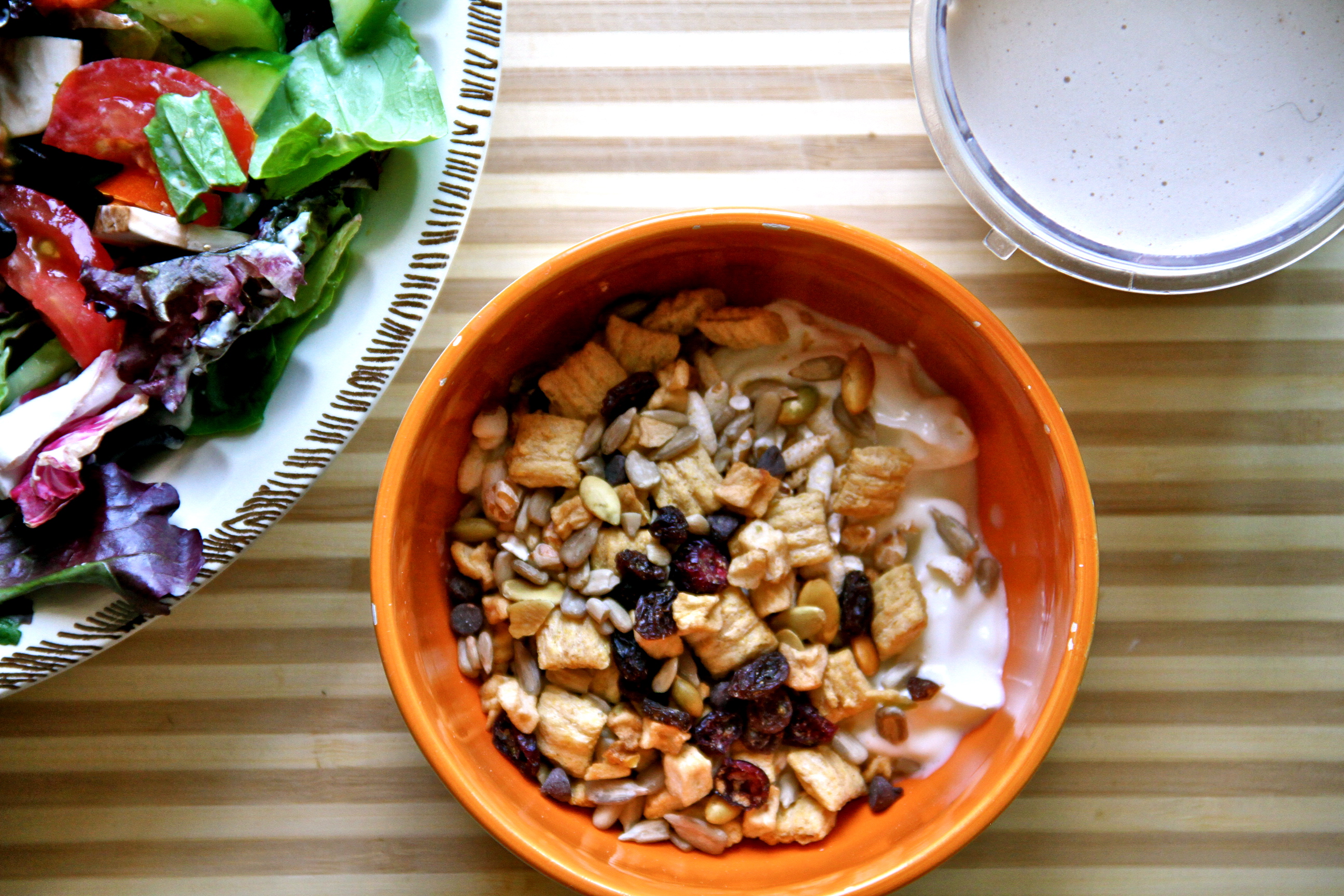 Confession: I haven’t eaten a typical lunch-type lunch in… ohhhhh… 5 days or so? I just haven’t been craving the savory stuff like I normally do, so why try and force it? To wind up cranky and unsatisfied?

In the past, I adhered to the wonky belief that only breakfast and snacks were “allowed” to be sweet, so I’d force myself to eat savory lunches and dinners even if I wasn’t feeling them. No bueno. Unhappy tummy = unhappy Amanda… much more satisfying to go with what your gut is telling you (oh and by the way, I really don’t care much for the word gut), and although lunch managed to silence my talkative gut for a little while, it wasn’t long before it started speaking up again… 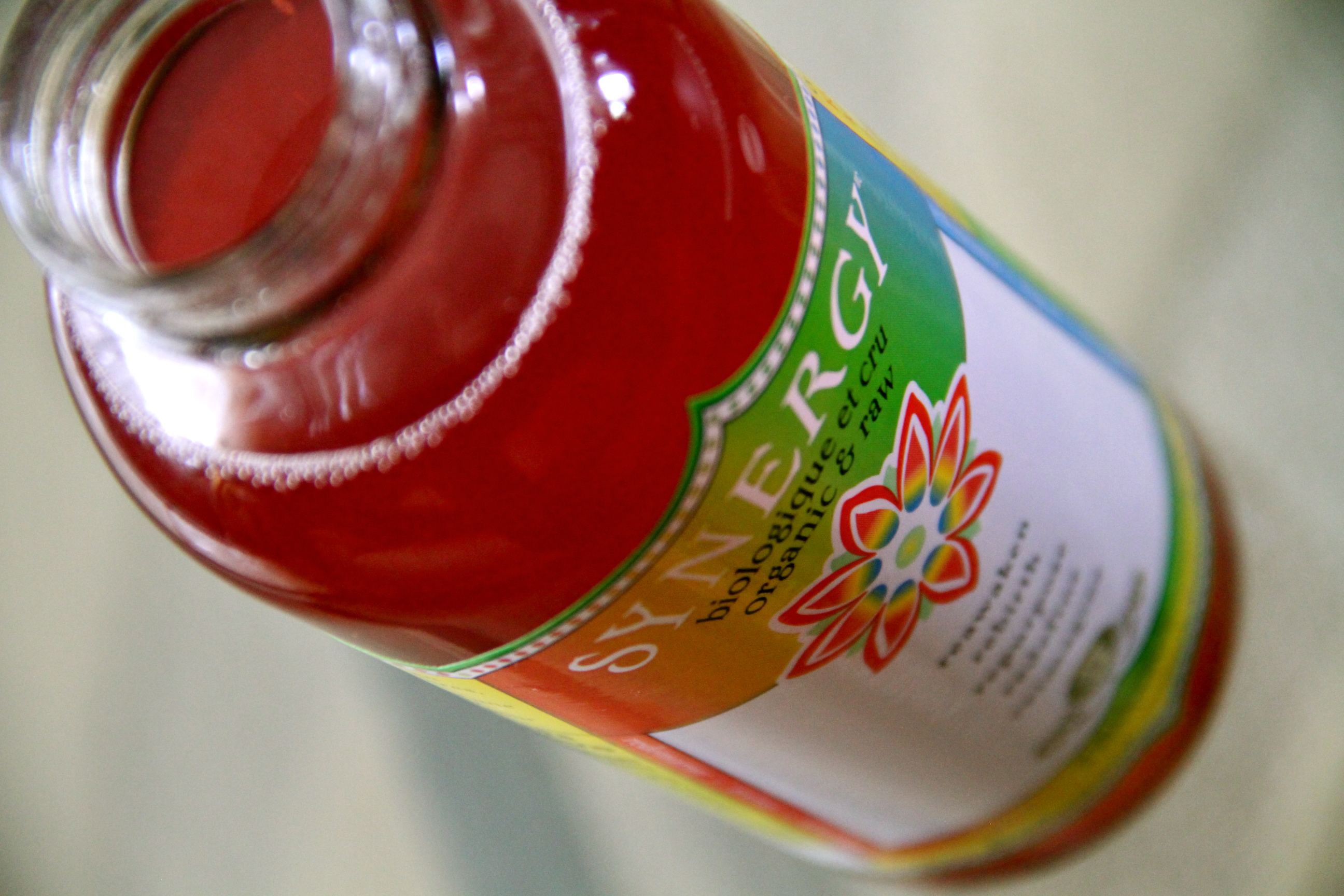 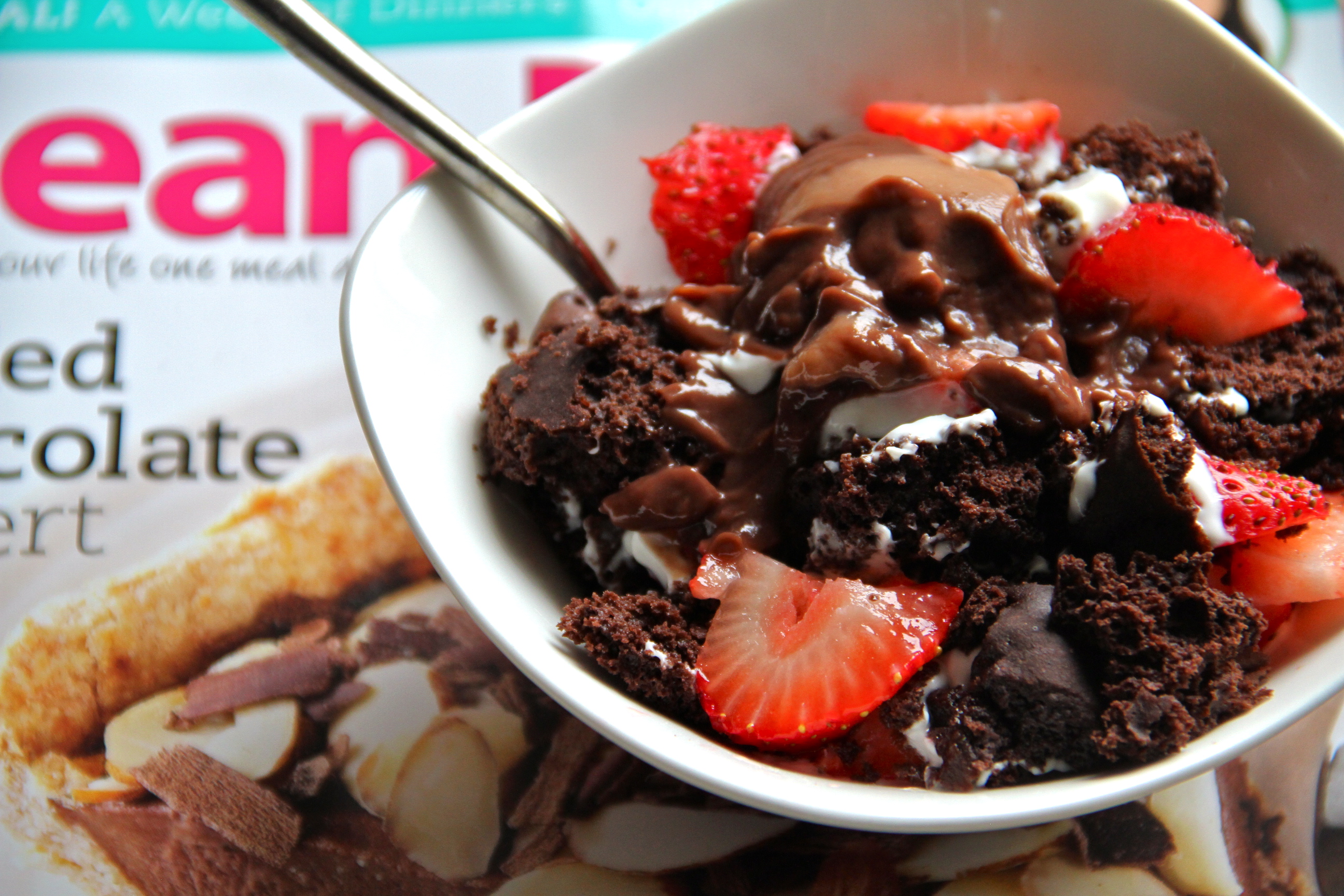 Quite the chatterbox, my gut is.

Crazy afternoon hunger. It’s hard to handle sometimes – especially when it hits you in the middle of a run. What. the. hell? How is it possible to get hungry so quickly when I literally just ate before I walked out the door? Stomach. Seriously. Knock it off. I would like to enjoy activities other than eating. Thanks.

That’t not to say that I don’t enjoy eating, because I very much do, especially when breakfast is involved… 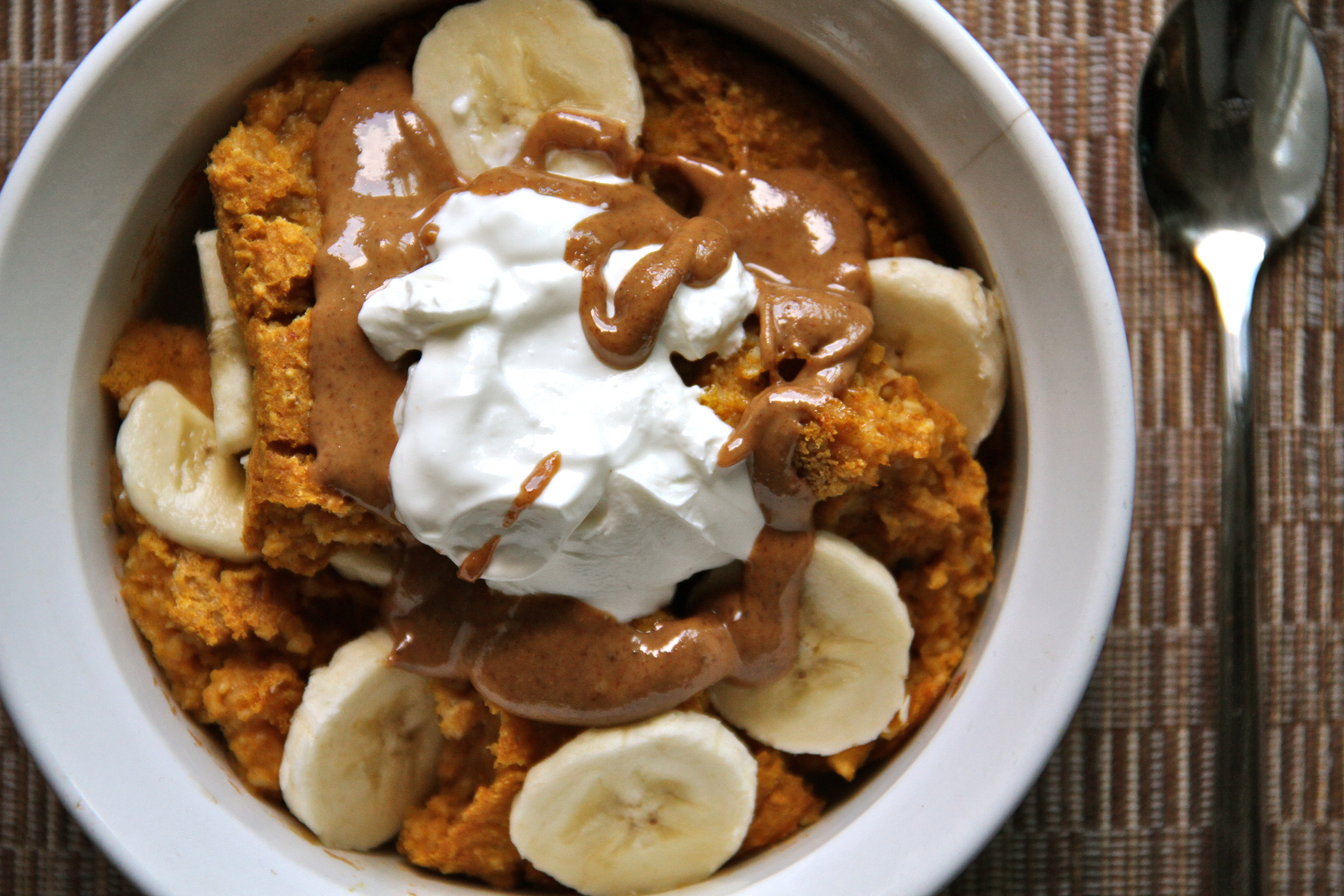 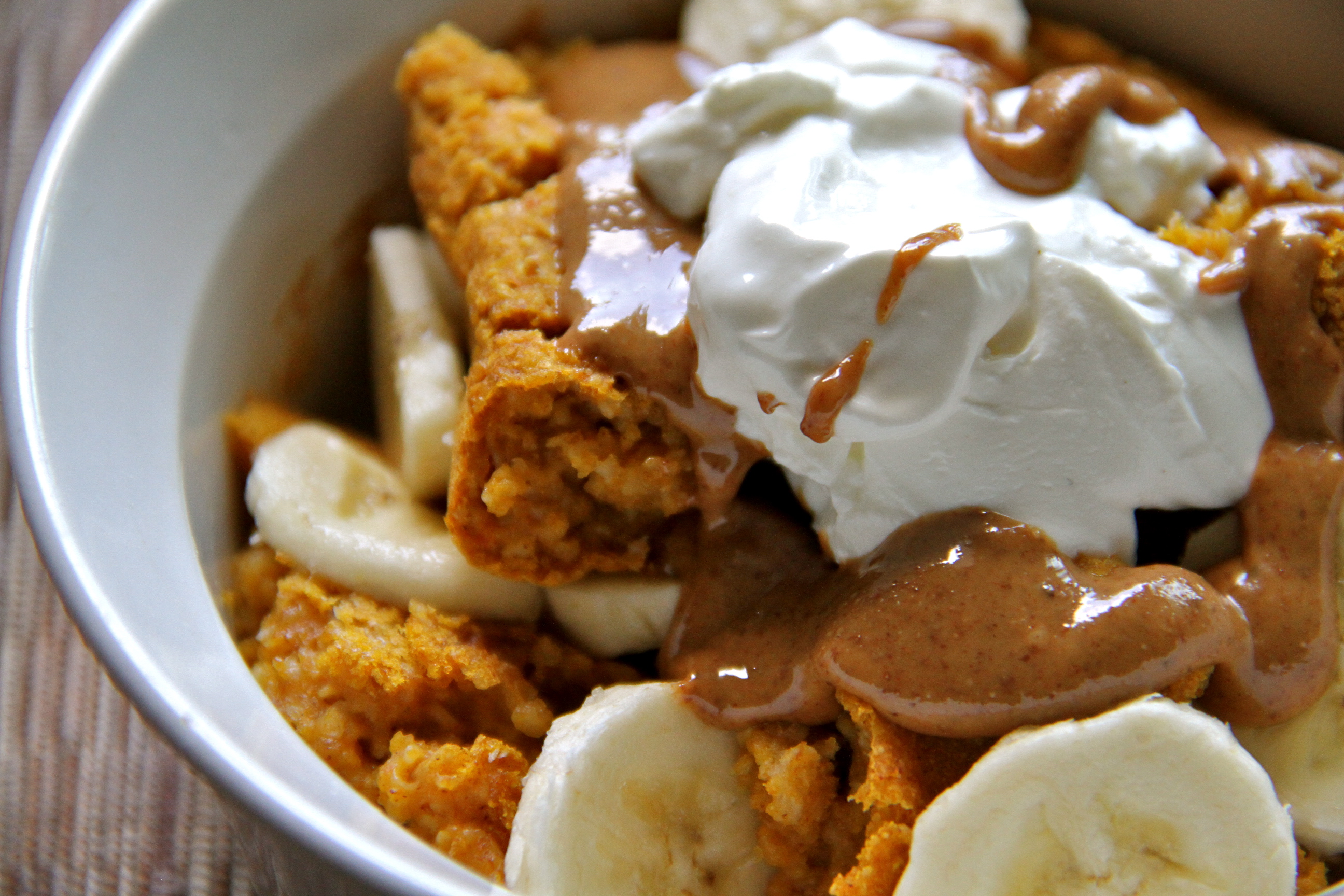 Yes, that makes today a triple breakfast day. Don’t say it. Just… don’t say it. Breakfast overload, I know. Watch, tomorrow I’m gonna end up having something very un-breakfast-like for breakfast – like a tofu stir fry or something. Naaaaaahh. Never gonna happen.

And now if you’ll excuse me, loves, I’m off to watch game 1 of the Stanley Cup Finals, which my Canucks will hopefully be winning (sorry Jess, I still love you!).

Have you been craving more sweet or savory foods lately?

Has your appetite been out of control like mine?