Alright, ‘fess up… who’s nursing a sugar hangover today? Or is the fun just beginning now that all the Halloween candy is going on sale? 😉 I had a pretty uneventful Halloween… The day was mostly business as usual, made a little more festive by a lovely surprise from J… 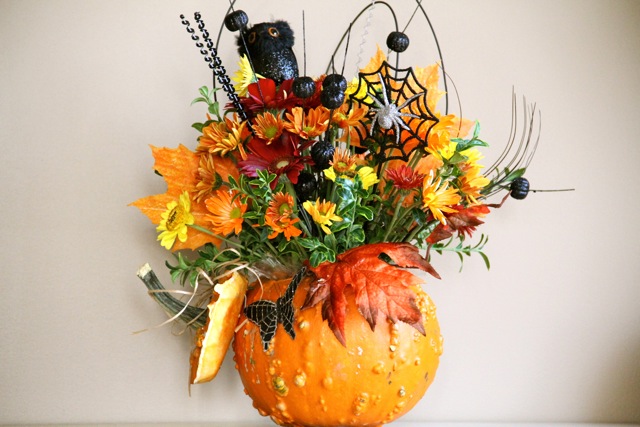 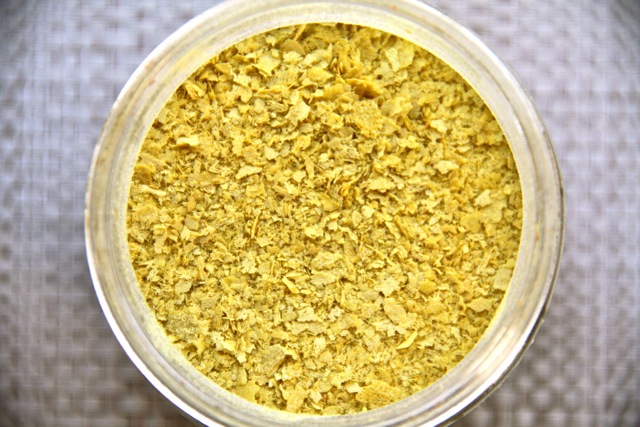 I used to love this stuff back in the day, but for whatever reason, I kind of forgot about it and it ended up getting pushed to the back of my pantry. But since randomly pulling it out at the beginning of the month, I’ve fallen in love all over again. Not only does it have a wonderfully “cheesy” taste, but it boasts some pretty impressive health benefits, including:

I’ve been eating it daily by sprinkling it on things like grains, roasted veggies, salads, and popcorn. 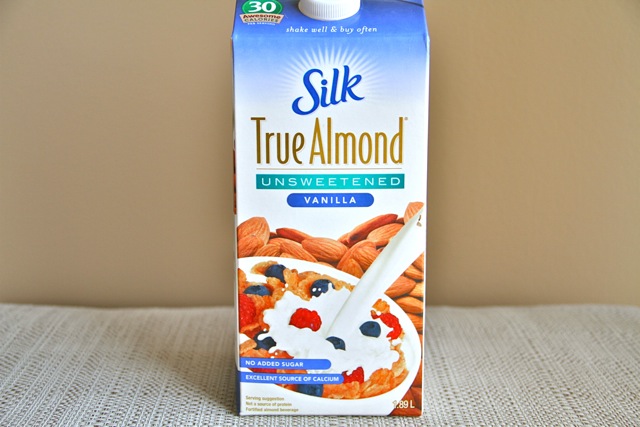 Sugar-free, GMO-free, and most importantly, carrageenan-free <– that was the big selling point for me. I used to be an Almond Breeze girl until I read about the whole controversy surrounding carrageenan. Found in things like ice cream, half & half, cottage cheese, chocolate milk, hemp milk, rice milk, almond milk, soy milk, cheesecake, processed meats, hot dogs, jellies, prepared sauces, pies, and puddings, carrageenan has been linked to a whole host of gastrointestinal complaints including IBS, colitis, leaky gut, ulcers, and even cancer. People assume it’s safe because it’s natural (derived from red seaweed), but this is one of those cases where just because it’s natural, doesn’t mean it’s safe for human consumption. I have a sensitive enough stomach as it is — I’d rather not chance it with anything that can potentially cause inflammation in my gut.

Other than that, I haven’t really tried out any new store-bought products over the last month, probably because I’ve spent so much time in the kitchen coming up with new recipes of my own… 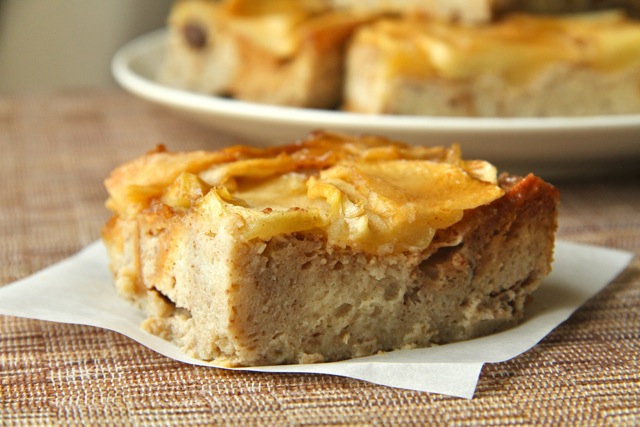 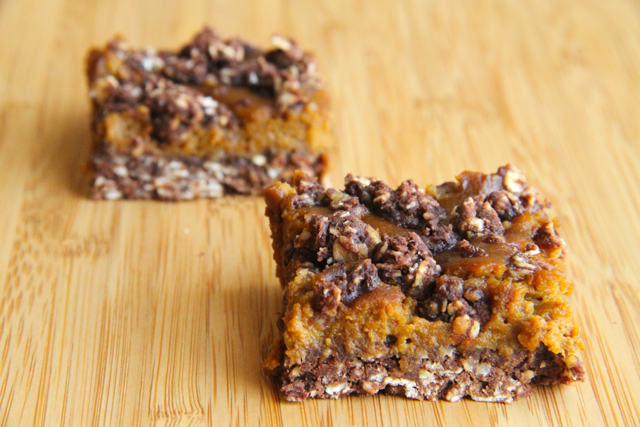 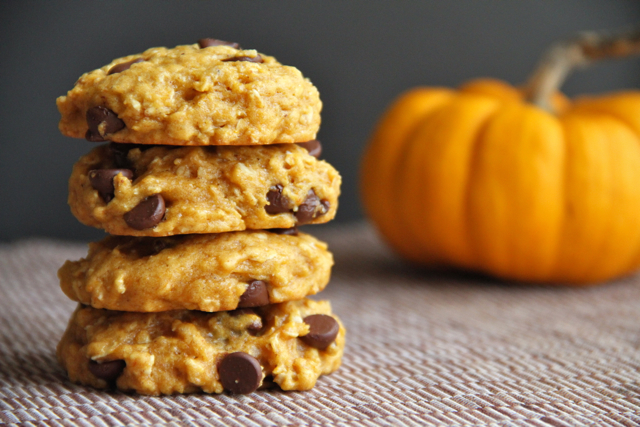 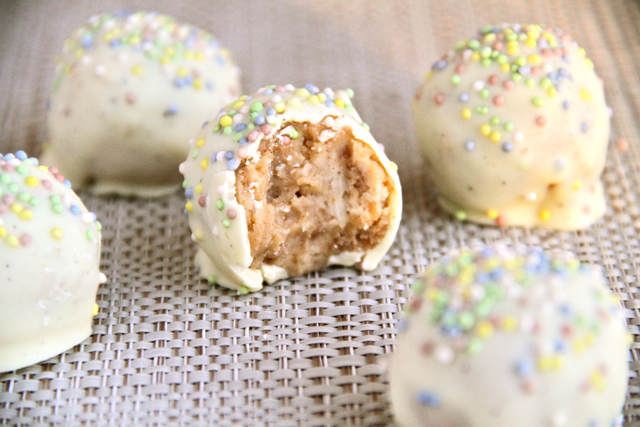 Yeeeeeep. I think it’s safe to say that October was pretty darn tasty.

I struck gold in the skincare department last month when I came across this 3 Little Wonders set from Ole Henriksen. 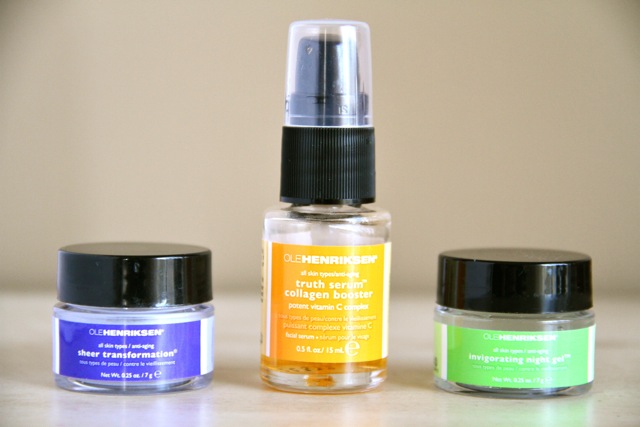 The set comes with the truth serum collagen booster, sheer transformation moisturizer, and invigorating night gel, and promises to “defend against signs of aging by firming, lifting, retexurizing, tightening and evening out skin tone with light, oil-free formulations.” Now, I can’t speak to the anti-aging part since I’m still in my prime ( 😉 ), but I can say that my skin has been looking and feeling a whole lot better ever since I started using these products. Better how? Noticeably smoother, softer, tighter, and more even. Ole Henriksen focuses on high-quality natural ingredients like vitamin C, vitamin E, botanical alpha hydroxy acids, green tea, and fruit acids, in addition to being free of parabens an sulphates. I  picked up the mini trial version to see if I would like it, but you better believe I’ll be going back to buy more as soon as I run out.

Speaking of running out… I ran out of my normal Revlon ColorStay foundation last month and decided to try something new. Enter Rimmel’s Wake Me Up Foundation. 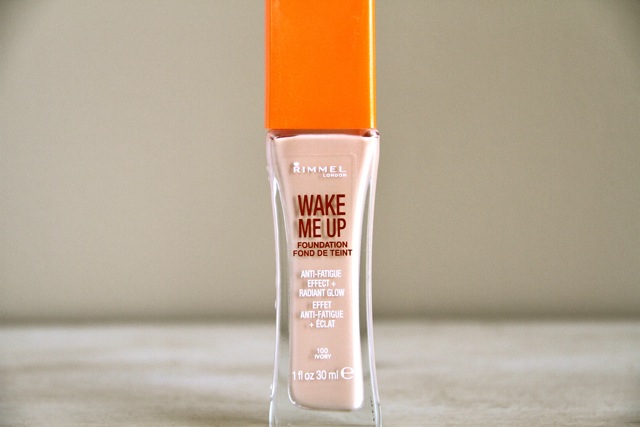 Since we’re moving into colder, drier months, I wanted something that would give me a nice healthy glow to combat any potential dullness that the weather might cause in my skin, and this one seemed to fit the bill seeing as it was advertised as “light, moisturizing, anti-fatigue foundation that instantly reawakens skin with a healthy, radiant glow.” Sounds good on paper, and I’m happy to say that it performs equally well in practice — it really does add a nice radiant glow to the skin without looking shimmery or fake. The coverage is medium and easily buildable for those days where you need a little more help. It’s got great staying power, doesn’t cake, doesn’t oxidize (turn orange), and doesn’t break me out. Definitely a great option as far as drugstore foundations go. 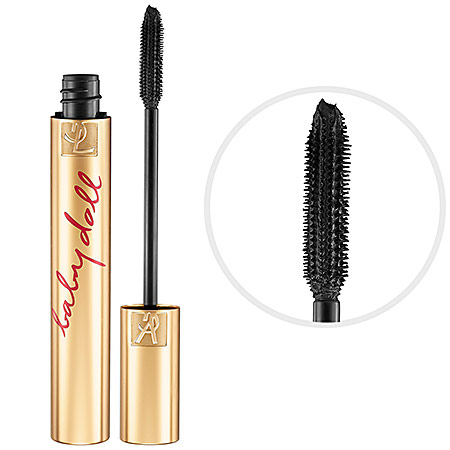 I received a trial size of this mascara when I purchased my YSL lipstick last month, and I.am.in.love — I’ll be grabbing a full-size as soon as I run out. It provides great volume without clumping, while lengthening, separating, defining, and holding a curl (something that’s almost impossible for my stubbornly straight lashes). It wears beautifully without flaking off during the day, and has never given me those dreaded racoon eyes that we all love to hate. Amazing, amazing, amazing if you want magazine-worthy lashes — and who doesn’t?

Nails! I pretty much wore 1 of 2 polishes for the entire month of October — Essie’s Over the Edge or Butter London’s Wallis. 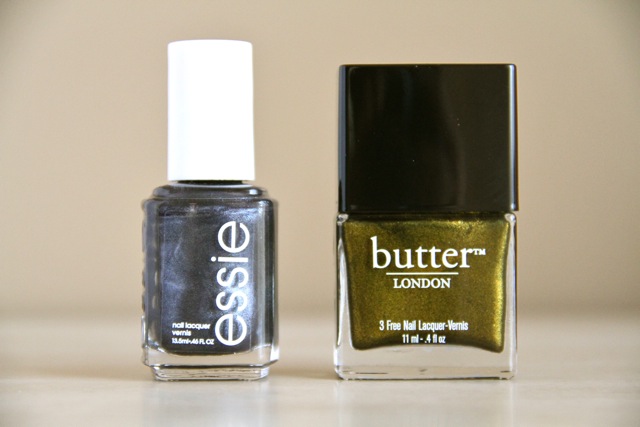 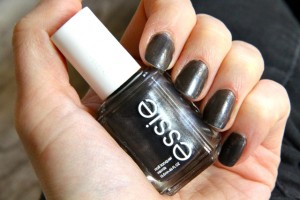 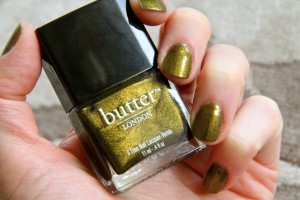 I love darker shades in the fall time, especially when they lean more towards the metallic side. And… yup… that’s basically all there is to say about that. 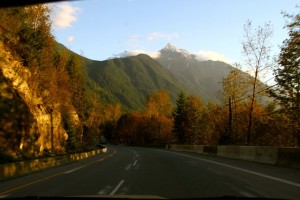 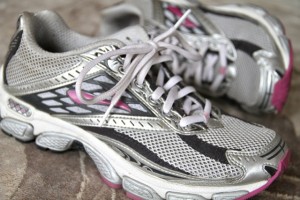 I’ve got to say that October was a pretty awesome month for Spoons. In addition to experiencing a nice growth spurt, I was also presented with a handful of opportunities that make me super excited for what the future has in store. Woop! Some other highlights of the past month include:

One word to sum up your October:
Have you tried nutritional yeast?
What kind of milk do you normally drink? Cow? Almond? Soy?
What’s your favourite mascara at the moment?