Does anyone else feel really badass for surviving yet another apocalypse? 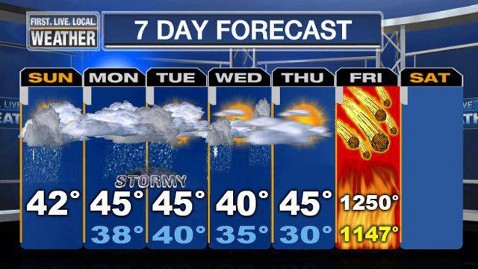 No? Huh. Maybe it’s just me then; but it’s a good thing that today didn’t mark the end of the world, because I would have missed out on some pretty darn tasty eats otherwise… 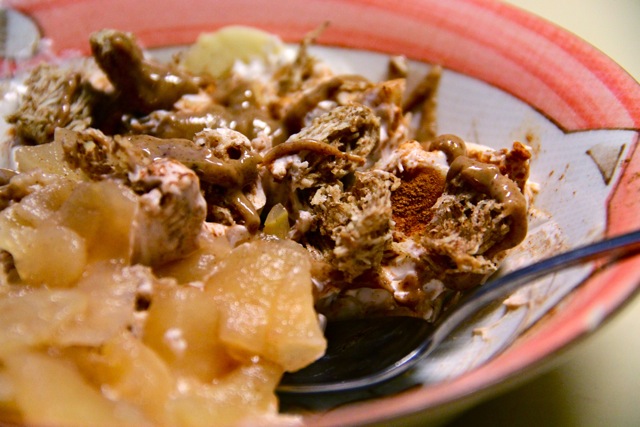 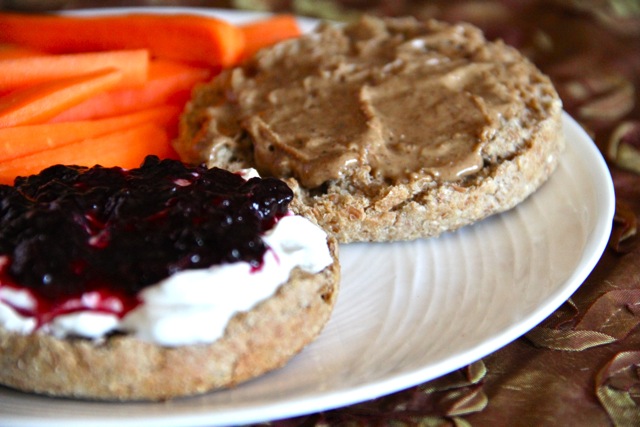 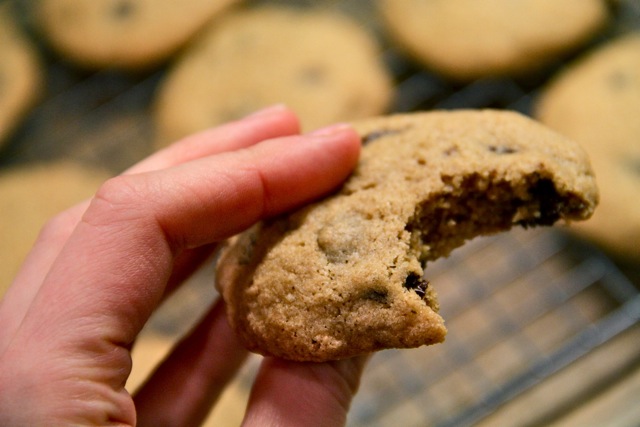 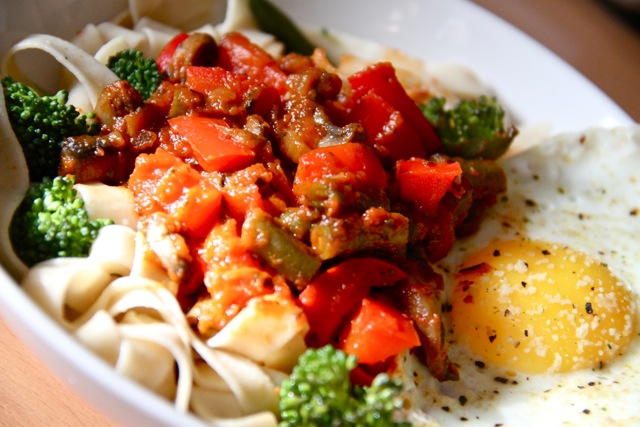 Random but good. I took some WW noodles, topped them with bell peppers, green beans, and mushrooms that I cooked in some olive oil and pasta sauce, tossed in a tiny bit of broccoli, threw a fried egg on the side, and called it dinner.

Kidding – sort of. There’s no denying that a good meal or tasty treat can put a smile on my face faster than almost anything else, but a bad meal no longer has the ability to ruin my mood the way it used to.

There was a time in the depths of my ED where eating a less-than-perfect meal or having to rush through a good one would put me in the biggest funk imaginable – I would get so upset, you’d think I had just suffered through some major tragedy – which, in my mind at least, I had.

I would spend hours trying to come up with creative meal ideas that would guarantee me the enjoyment that I so desperately craved, and then go on to spend several more hours in the kitchen preparing these elaborate meals. I looked forward to eating so much that I would literally stare at the clock and agonizingly count down the minutes until my next meal. It’s actually kind of sad to think about…

I mean, don’t get me wrong – I love food, and eating is definitely a huge pleasure… but it’s still just food. At the end of the day, it’s main purpose is to provide us with the energy we need to live our lives. Sure, it’s great to be able to sit down and enjoy a good meal, but sometimes that kind of thing just isn’t possible, and it’s important to be okay with that.

I used to make a whole production of sitting down and dragging my meal out as long as humanely possible, but these days it’s pretty common for me to run into my kitchen, grab the first things I see, throw them together hoping for the best, scarf everything down in 2.2, and run out the door without giving it another thought. I actually found half a sandwich in my closet the other day – apparently I was in such a rush to get ready that I put it down and forgot to pick it back up. My bad? 😯 Is this my favorite way to go about doing things? No, definitely not, but sometimes it’s the only way, and as lackluster as it is, it’s still inifnitely better than going hungry and suffering the consequences.

I’ve been trying to decide whether I prefer living to eat or eating to live, and I think I’ve finally figured it out – I’m fine with both. There are days when I don’t mind putting more time and effort into my meals, and there are days when I don’t want to give food a second thought and end up getting by on cereal, bananas, sandwiches, and frozen pizza. Both days are good in my books, and dare I say that I actually like having a combination of the two? It’s perfectly okay to enjoy food and look forward to eating, as long as it’s not the only thing you look forward to; and it’s perfectly okay to have to rush through a meal without getting much of a chance to enjoy it. After all, it’s not like it’s the end of the world and that’s the last meal you’ll ever eat… there’s always tomorrow 😉

Do you, or have you ever, put food on a pedestal? Could a bad meal potentially ruin your day?
Do you eat quickly or slowly? Sitting down or standing over the kitchen counter?
What’s the most random ‘meal’ you ever put together in a rush?