1. I’ve had a few people mention that they were missing the days where I used to include random facts in my ToL posts, so they’ll be making a comeback!

1. Wellllll, he helped make it popular on this side of the ocean, anyways… which is good enough for me!
2. It’s also considered an offense to push a live moose out of a moving airplane… Just saying.
3. Here are a few recipes if you’re interested!
4. … which is exactly why I used to drink straight from the honey bear when I was little.
5. Admit it — you just did it. Confesion — I did 😉 And I’m in the clear! Thank you, oil pulling…

2. And here’s a little random fact about yours truly — I always keep my phone on silent because otherwise I find the texts, tweets, e-mails, and other notifications to be way too distracting. I totally lose my train of thought if I’m writing or working on something and I get a ping, so I just leave my phone off and check it at random intervals. I actually don’t even know what my ring tune sounds like 😯 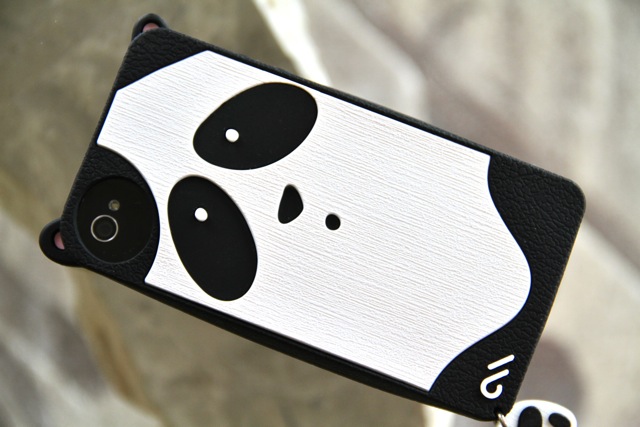 3. I do know what I’ll be doing with these overly spotty bananas, though! 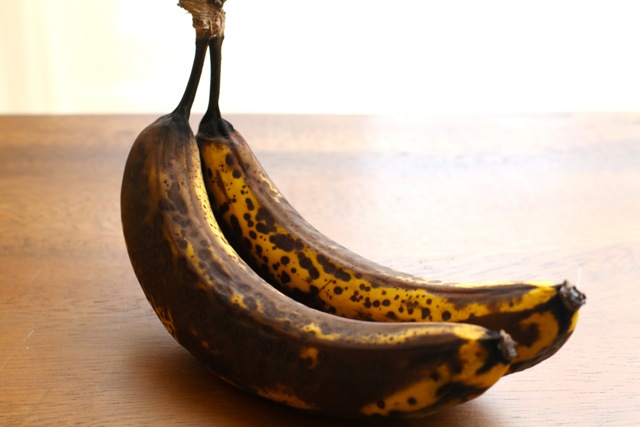 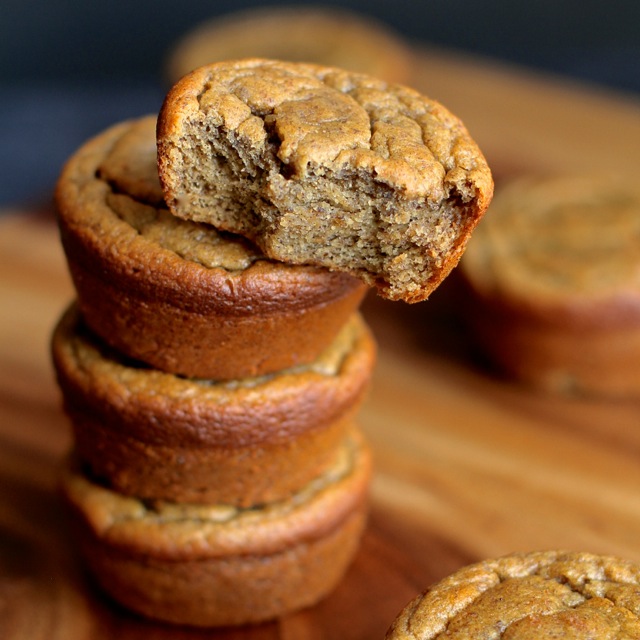 4. The other day I almost bled to death from a nick on my finger that had a diameter of about 2 mm (that’s 0.08 inches for all my American peeps). Not even kidding. I didn’t think much of it until I looked down and saw the entire tip of my finger covered in blood. The dratted thing ended up soaking through a whole sheet of Kleenex and 2 Bandaids. Seriously… you’d think I sliced off a chunk of my finger or something. I’ll save you the gory visuals, but this is the cut that was responsible (hint: it’s on my index finger). I know — I couldn’t believe it either… 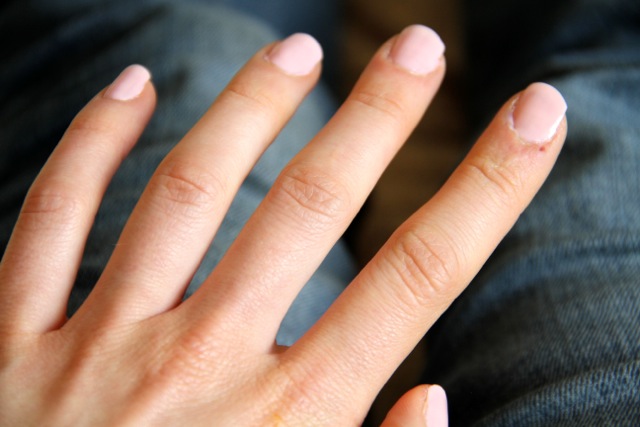 5. Lookit what I came across when I was in the bookstore the other day… 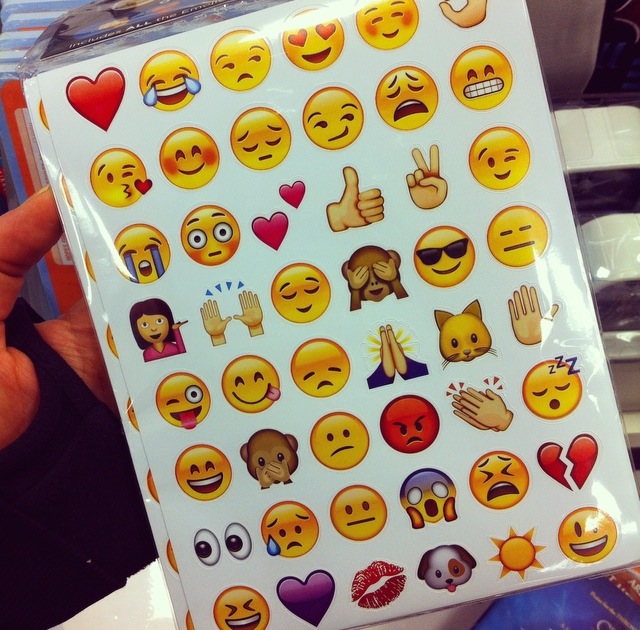 Emoji stickers! They didn’t end up coming home with me, which is a fact that I’m kind of starting to regret… I think another trip to the bookstore might be in order.

6. As for why I was in the bookstore in the first place… new books! 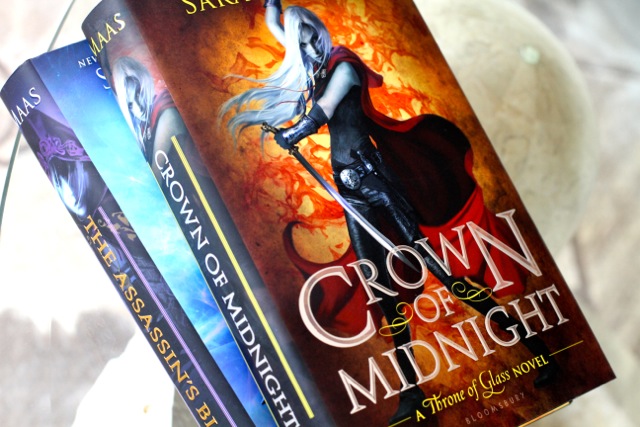 I tried to get into one of the books I already had in my stack after finishing Throne of Glass, but I really wanted to know how the story continued so I went out and bought the next two books. I foresee a few late nights in my near future…

7. I also foresee sharing the recipe for the crepes that I showed in yesterday’s WIAW post since so many of you were interested. Now to actually pay attention to the measurements so I don’t end up with a recipe that says “just add a little of this and a splash of that until you reach the right consistency.” Not helpful. 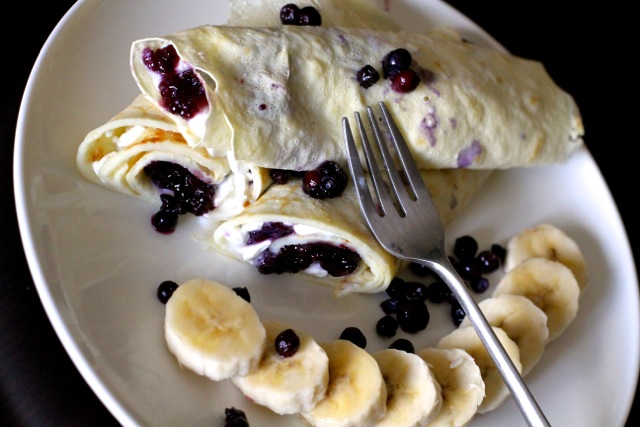 8. I can never decide whether I prefer smooth or crunchy nut butters. Remember how I announced the death of my Wowbutter stash last week? Well, I went to pick up some more only to find that they only had the crunchy kind in stock. I’m usually a smooth kind of girl, but I figured that crunchy Wowbutter was better than no Wowbutter at all, so I brought a jar home with me. 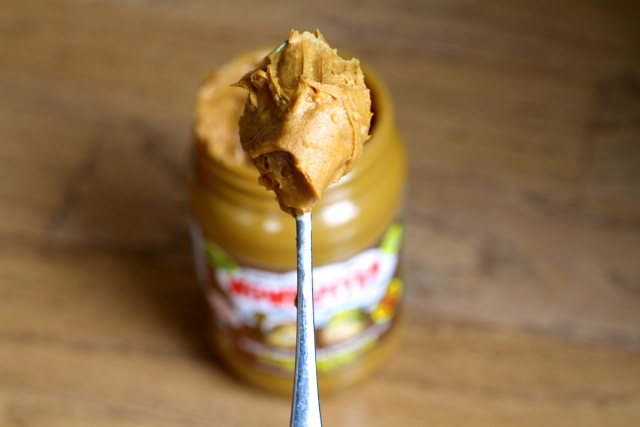 Verdict? Not bad at all! The crunch makes things interesting 😆

9. Speaking of Wowbutter… guess who got her mom hooked on it?!? I never thought I’d see the day where my very traditionally Polish mom would jump on the banana & nut butter snack bandwagon, but miracles do happen! And the fact that she was willing to let me take a picture of it is more proof of that. 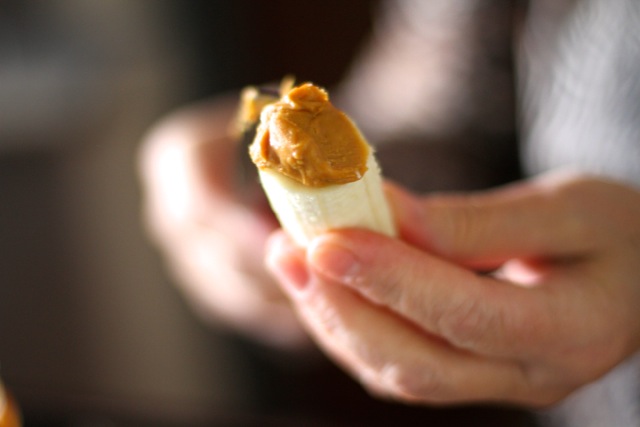 10. And speaking of Mom… Mother’s Day is coming up soon and I managed to convince my momma to take a trip to the mountains with me for a girls’ weekend away 😀 Maybe I’ll even get lucky and be able to sneak another snowboarding trip in there too! But for now, off to get my hair done. Happy Thursday!