When you wake up at 5 AM, you’re pretty much ready for lunch by the time 10 o’clock rolls around. Despite eating a good breakfast and enjoying a mid-morning snack like I always do, I couldn’t get my stomach to stop pestering me for more than 20 minutes yesterday morning; and since there’s nothing more distracting than hunger when it comes to trying to get some work done, lunch was on the table and in my belly by 10:30 AM. 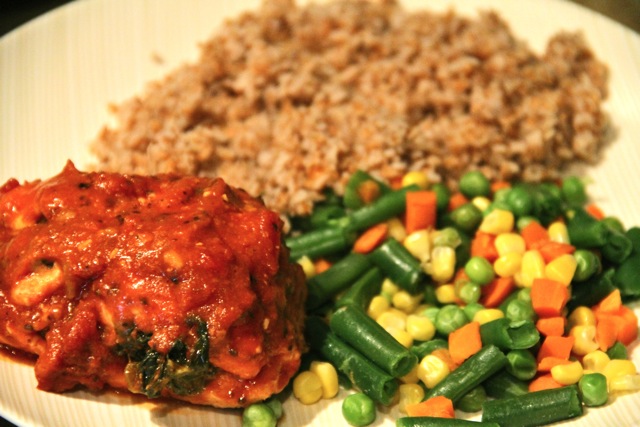 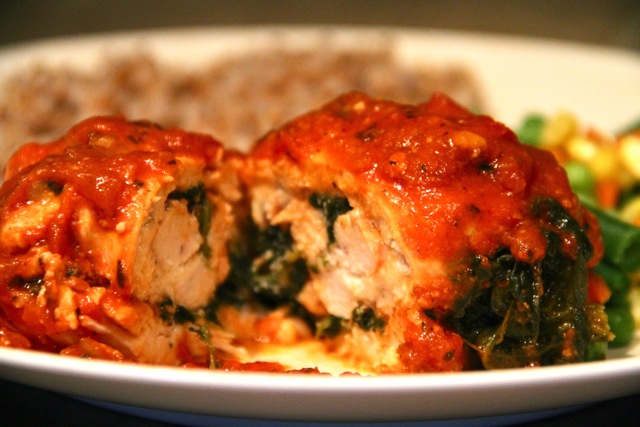 Ever have those early breakfast/lunch/dinner days? I do – especially when I don’t get enough sleep. I’d love to say that I have no problem with them, but that would only be a partial truth. While I do honor my hunger even when it’s not the “proper” time to eat (mostly because I can’t stand the feeling of being hungry and what it does to me), I don’t always do so without anxiety. True story. I know I may come across as being completely carefree when it comes to matters concerning food, but that’s not always the case – I still have lingering anxieties that pop up every now and then. The difference is that they’re now a subtle itch at the back of my mind rather than a dominant thought in the forefront that goes on to dictate my actions.

And what exactly is it that makes me so anxious? Well, in the case of eating a meal early, the fear that I’ll end up eating more (read: too much) throughout the day. And you know what? Oftentimes that’s exactly what ends up happening… 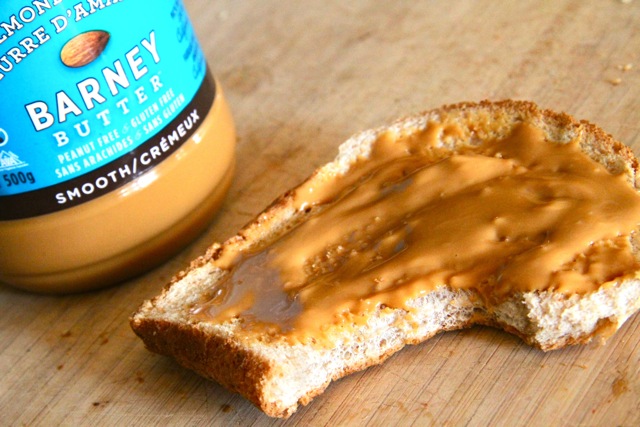 Almond butter on the butt of a loaf of bread. 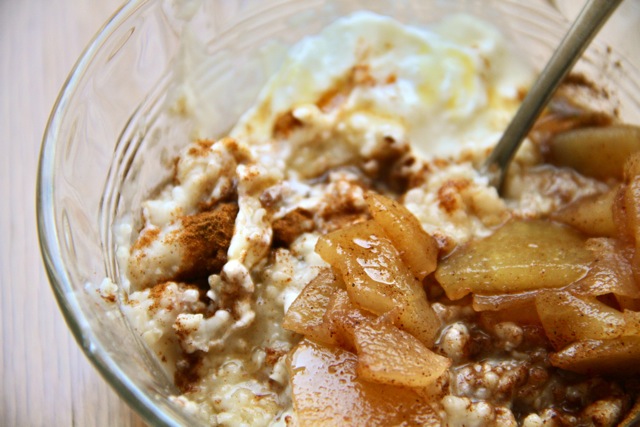 There are days where I have to toss in an extra snack or two because I can’t get my brain to focus on anything other than food – a typical symptom of hunger for me. Terrifying, right? It definitely used to be.

Back in the day where I was religiously tracking my calories and macros, the mere thought of eating more than I had planned or allowed myself to was enough to send me over the edge. And when it came to actually doing it? Yeah right, there was no way that was going to happen. Hungry or not, I would force myself to wait until the proper hour to eat, obsessively watching the clock and agonizing over how slowly the minutes were passing by. One minute. Three minutes. Five minutes. Gah!

Looking back, it’s hard to figure out why I put myself through that kind of unnecessary misery, why I couldn’t just eat when I was hungry and move on. Actually, I take that back – it’s not hard to figure out why. I was afraid that eating before it was time would cause me to eat more (read: too much) and…. gulp… gain weight. But, as with any other disordered belief, this one proved to have no truth to it as well. I mean, I did gain weight, but that’s because I needed to and was consciously trying to. I was severely underweight and eating an amount that was well above my maintenance level. But I digress.

Early lunches, they happen. Eating more, it happens. The point I’m trying to get across here (to myself as well), is that nothing bad happens as a result. Trust me (brain, I’m lookin’ at you!!). There are days where I feel like my hunger is off the charts and I’m doing nothing but eating, but lo and behold, those days never seem to show up on my butt or thighs. So don’t be afraid to eat when you’re hungry, even if that means having lunch at 10:30 AM.

Can anyone relate?
Do you eat a snack between breakfast and lunch?