I’m glad I didn’t scare you off with my profession of love for the sweet & savory oats, and it’s great to hear that some of you want to try them yourselves!  It’s not always easy to admit to being an oddball, but what can I do? It’s who I am. I’ve wasted too many years of my life feeling ashamed of who I was, and trying to mold myself into the kind of person that I thought the world wanted me to be, and for what? It certainly didn’t make me any happier… If anything, those were probably the unhappiest years of my life… 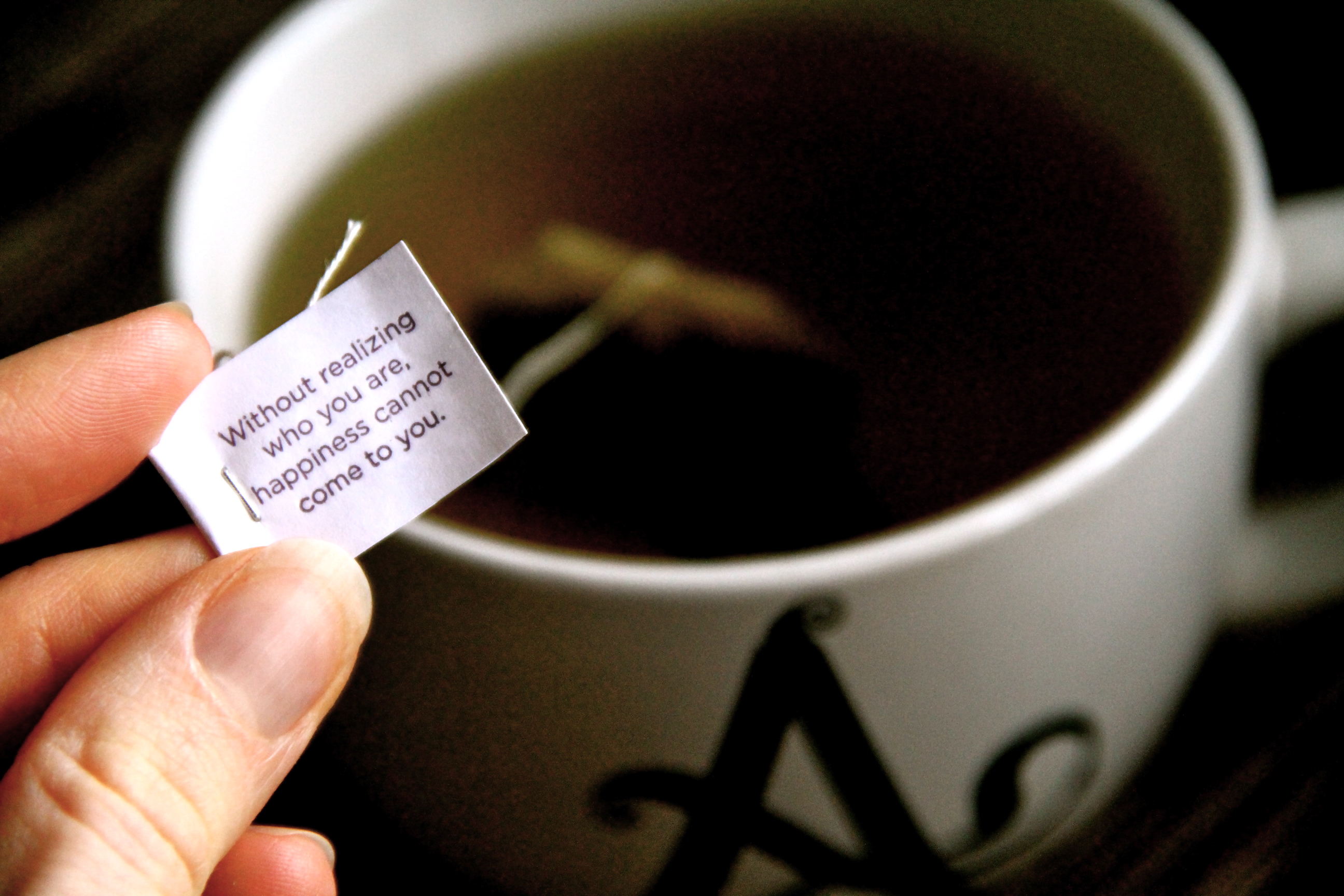 Maybe it comes with getting older [and wiser], or maybe it’s because recovery taught me so much about who I was and I learned that I’m not so bad after all, but I’ve become so much more comfortable with myself over the past few years – to the point where I’m actually proud of all of my quirks and oddities.

So on that note, and because the beautiful Jenny and Chelsey tagged me with this baby… 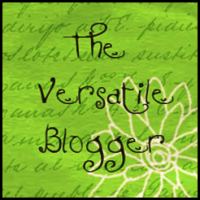 … which requires me to share 7 facts about myself, I thought I’d share some of what I think are the most important things that make me who I am. Hope ya enjoy 😀

1. I’m extremely introverted… I was never the popular girl at school who had tonnes of friends and went to all the coolest parties. I was quiet, I generally kept to myself, and I had a small group of close friends. This used to bug me a lot. I would spend hours agonizing over why I couldn’t be part of the in-crowd, why I couldn’t be friends with everybody. And it wasn’t until many years after graduating high school that I finally realized… because it wasn’t what I really wanted – it just wasn’t who I was. Sure, that type of lifestyle looks appealing, but it wasn’t for me. I enjoy the company of others, but I’m also perfectly content when the only company I have is myself. In fact, although I do love seeing my friends, I also need a lot of quiet time to myself where I can just escape from the world. 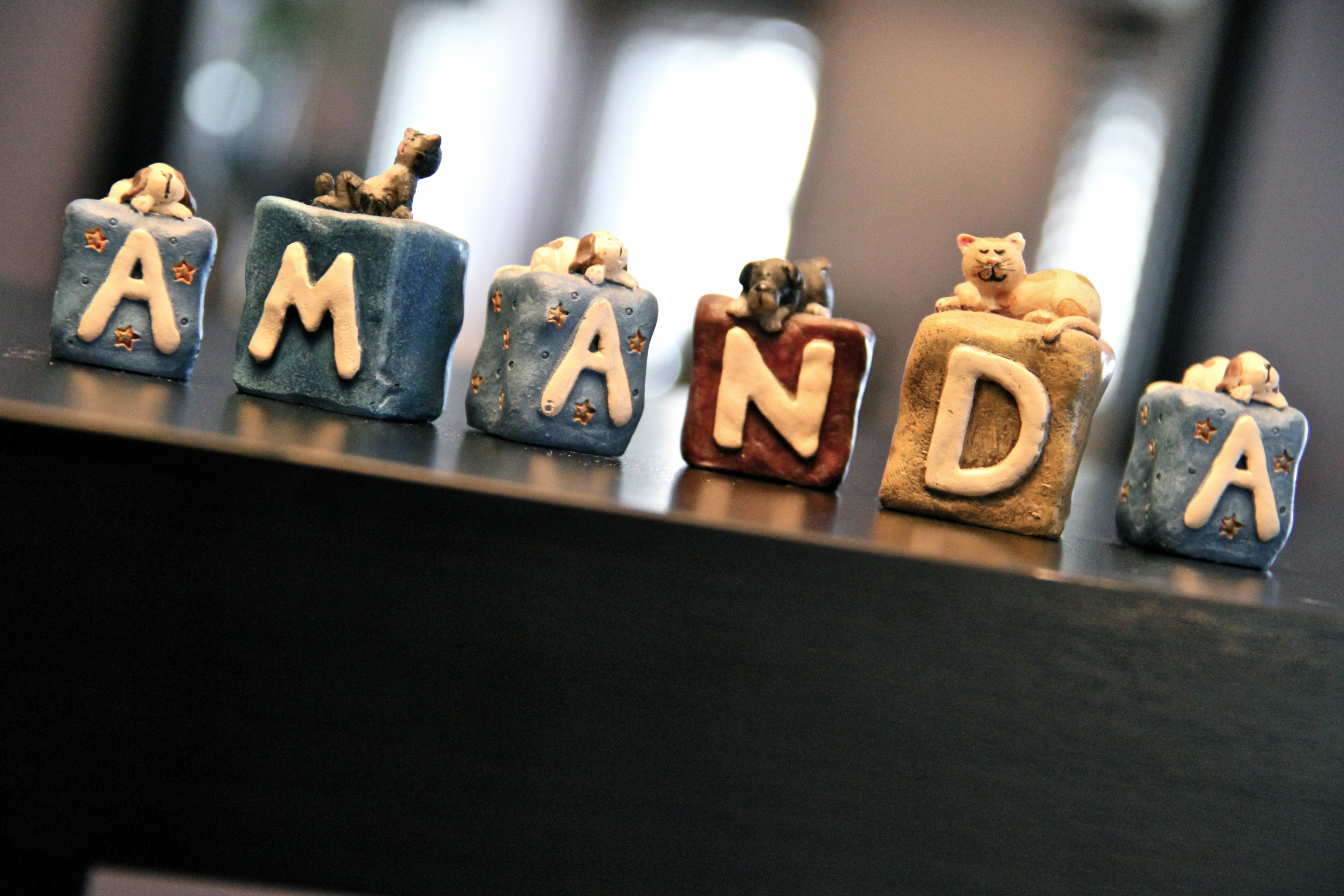 2. I’m a big kid at heart… I remember being a little kid and not being able to wait until I grew up so that I could finally do “big people” things. Well, I grew up and came to discover that “big people” things really aren’t my cup of tea. Sure, it’s not all bad, but I miss the carefree days of my childhood where I had no worries and my biggest responsibility was to make sure that I brushed my teeth before bed. Can’t bring those days back, but I can remind myself of them with Disney movies and teddies. 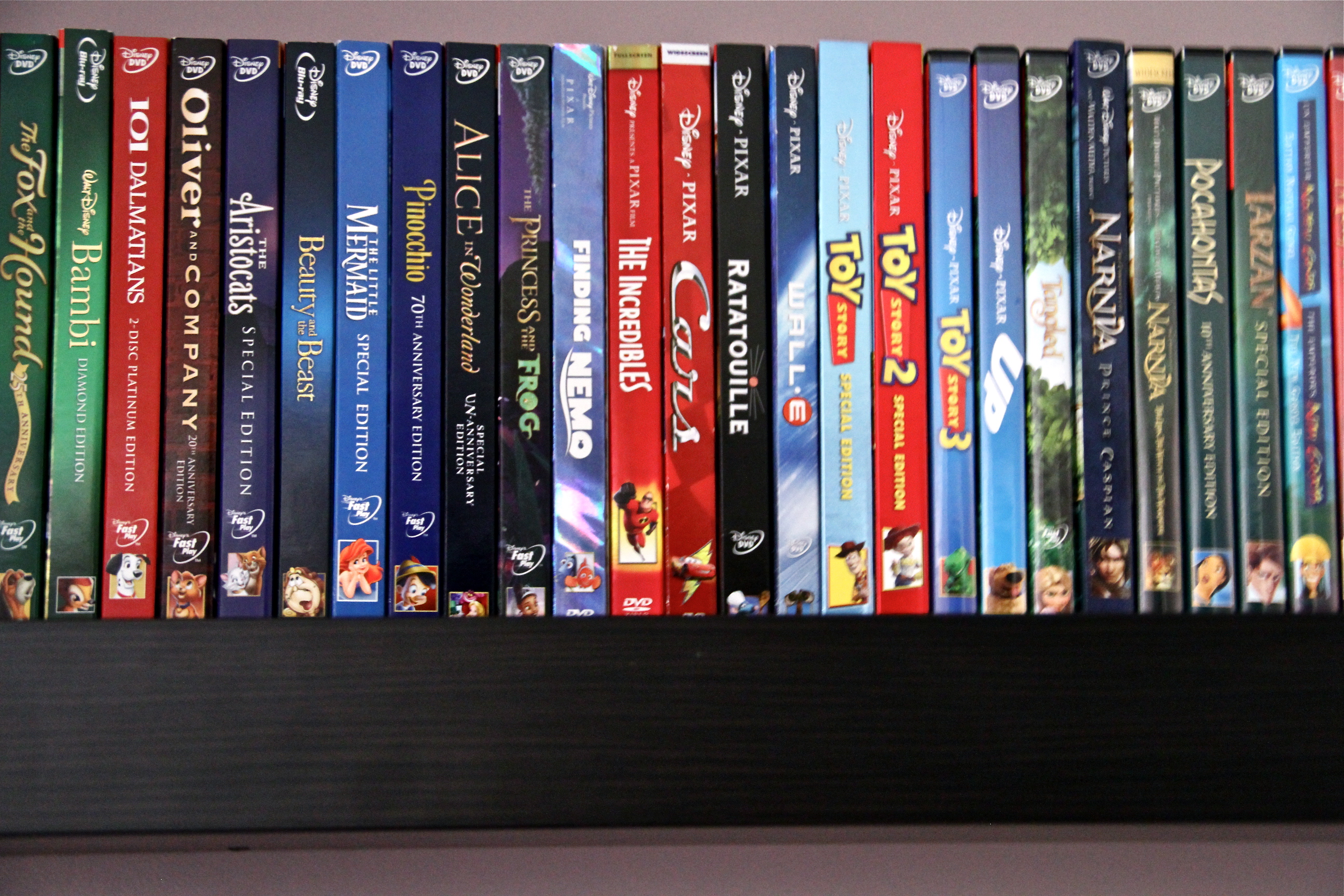 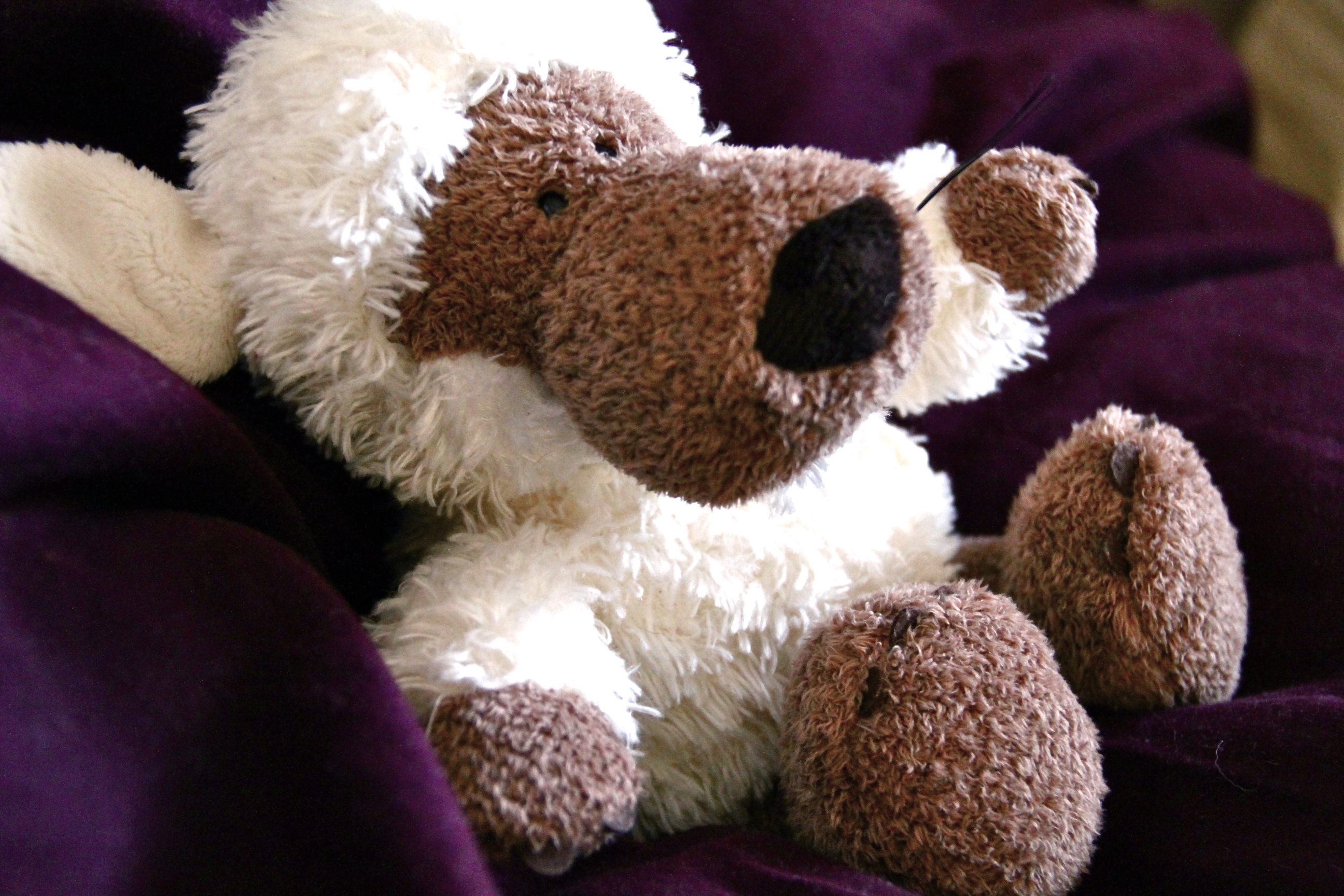 3. My mom and dad are my best friends… Although we didn’t always get along so well, and I gave them endless amounts of grief during my rebellious teenage years, I’ve come to appreciate them so much now that I’m older [and, once again, wiser…]. They stood by me through everything, and were always there with their love and support no matter how crazy I got. I truly believe that they were a huge part of the reason that I was able to recover from my ED, which was actually one of the things that made us even closer. Ok, I’ve gotta stop now… I’m getting all choked up over here. 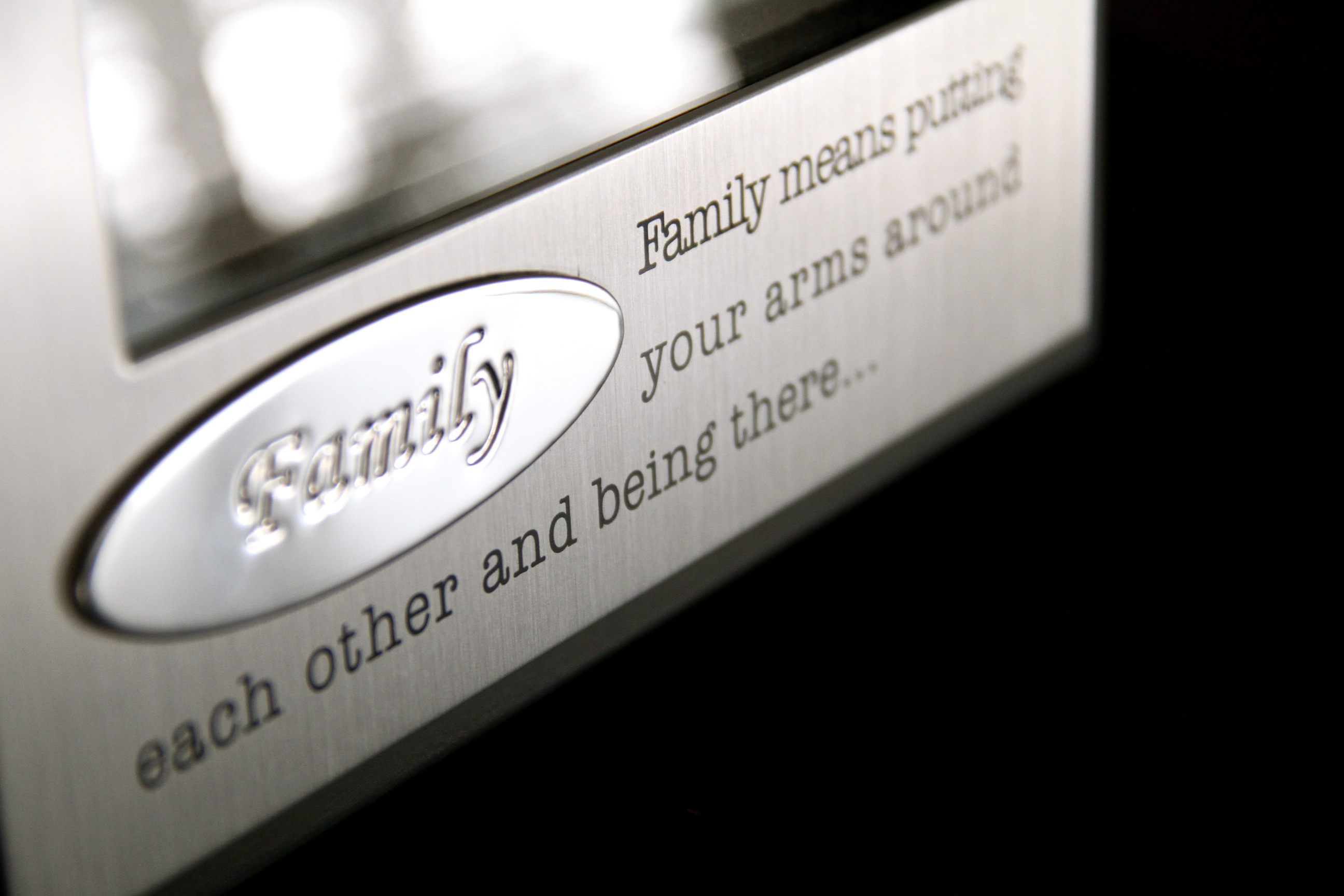 4. I’m a closet video gamer… You probably wouldn’t be able to tell from looking at me (it actually surprises most people), but I’ve been into video games since I was a tiny little thing. I grew up playing Super Mario Bros. and Duck Hunt on the original Nintendo, and it’s pretty much progressed from there. Super Nintendo. N64. X-Box. Wii. I mostly stuck to the Nintendo brand because I may or may not have had a slight crush on Link, from Legend of Zelda. God I sound like a geek. These days, I don’t play many console games anymore because most of my gaming time is spent living in the World of Warcraft. Yes. It sucked me in 6? 7? years ago, and has yet to spit me out… 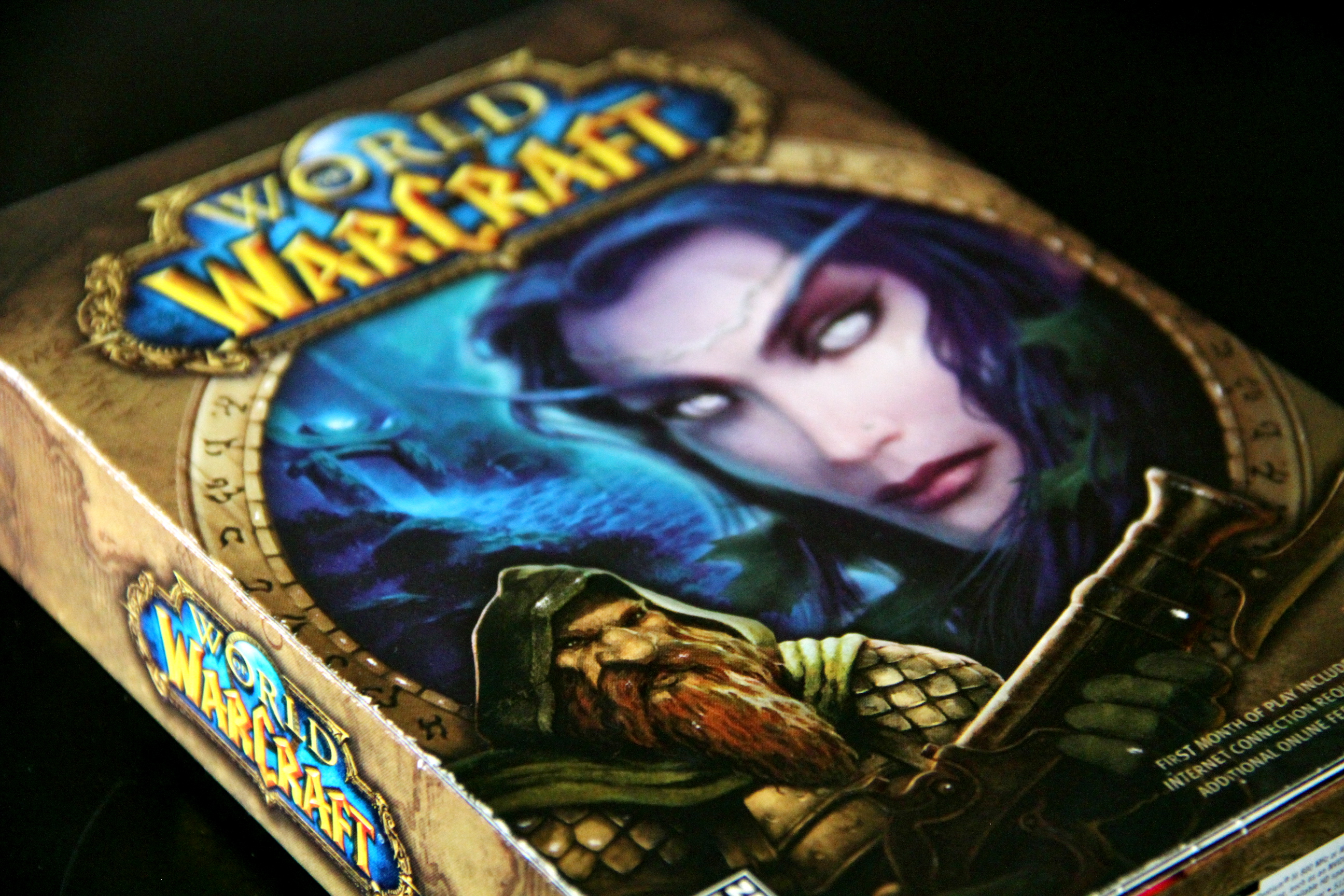 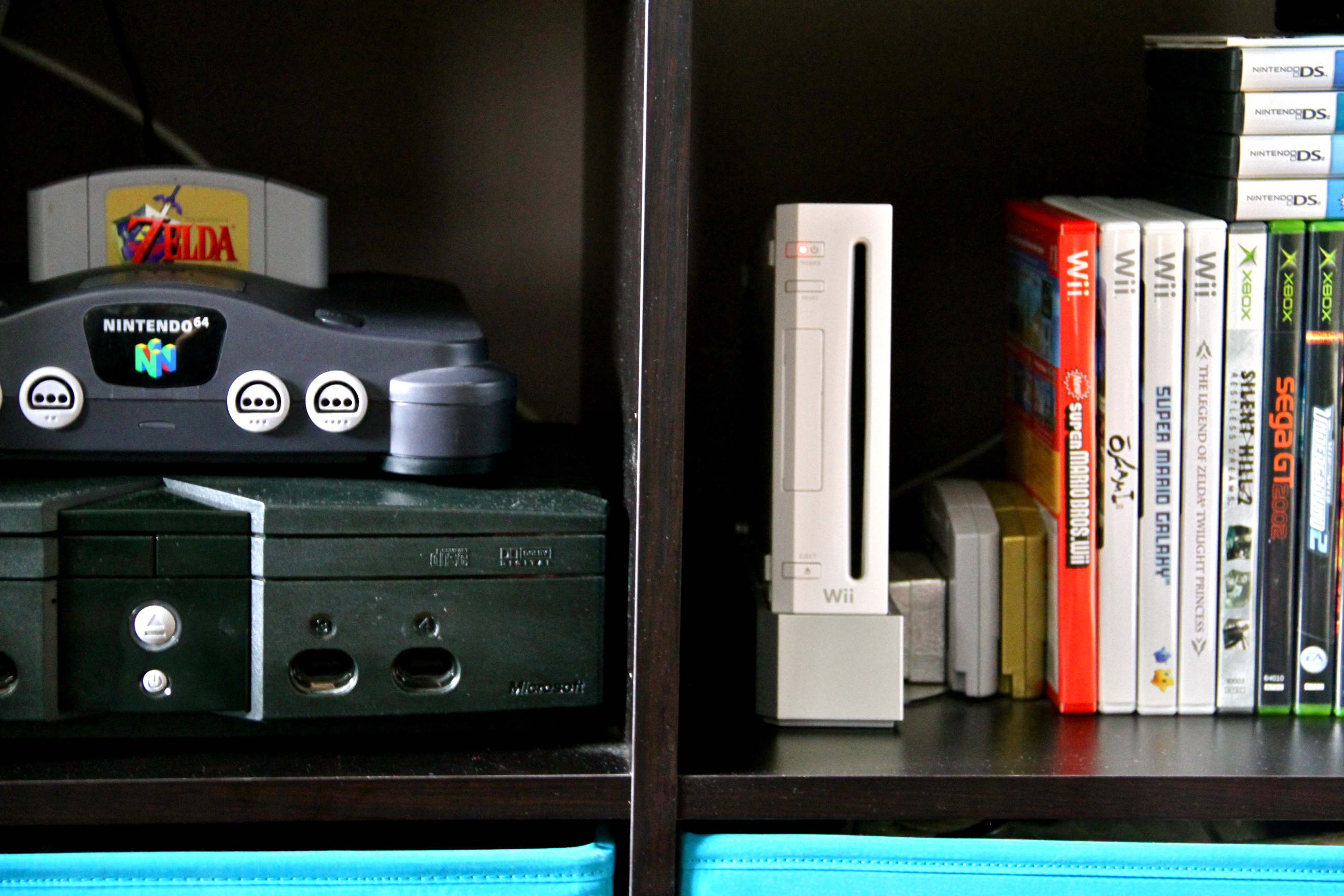 And now to [hopefully] redeem some of my coolness factor…

5. I’m incredibly good around cars… Not only can I change the oil and fix a flat, but I’ve actually rebuilt the engine on my car twice. I blame my dad for this one. He loves cars, and I have a sneaking suspicion that he originally wanted a son that he could pass that love on to, but when God blessed him with a baby girl, he decided to work with what he had and pass that love onto me instead. And it worked – the oily/greasy smells of a garage are just as appealing to me as the smell of cookies in the oven. I adore cars, I love to drive, and I have an insatiable need for speed. I did a lot of [legal] drag racing and [not-so-legal] street racing in my late teens and early twenties, and although I don’t race anymore, my shiny red sports car is still a source of endless enjoyment. 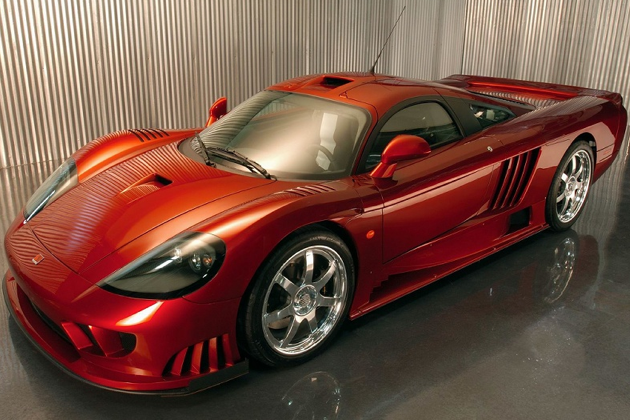 6. I love food… and I’m constantly eating it. No joke. I absolutely gotta, hafta, must eat something more substantial every few hours, and I often randomly nibble on things in between those times. Sometimes I wonder if people think I do anything besides eat… The staff at the grocery stores that I visit pretty much know me by name, and it’s not uncommon for people that know me to give me comments like “You’re eating again. Didn’t you just have something a little while ago?” It used to make me want to throw my food at them, but now? Now I just give them a big old smile and say “Yeah, you jealous?”. 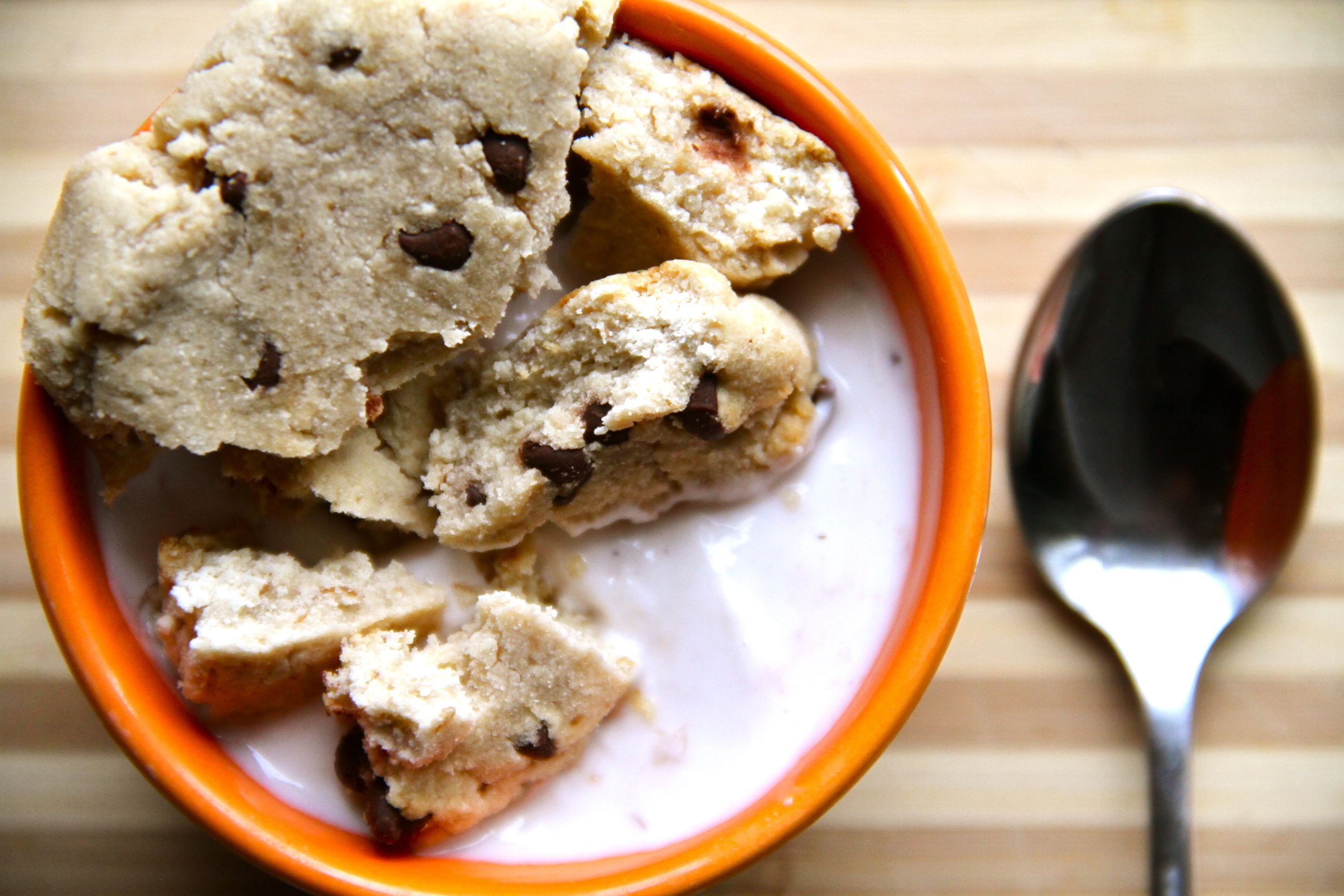 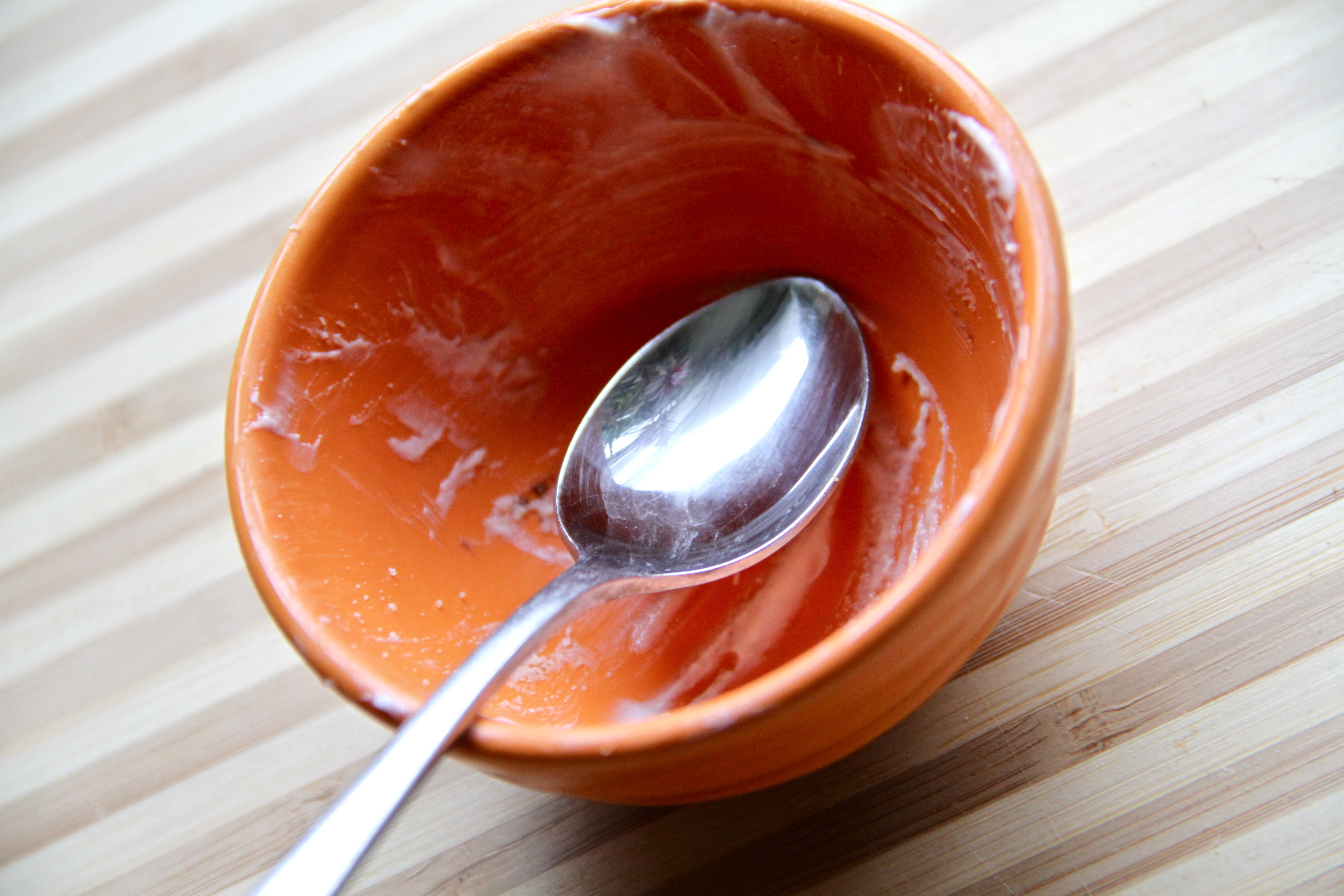 7. Words are my life… Reading. Writing. Nothing gives me more peace or joy than transferring the world around me to the blank pages of a book. My dream job has always been to be a writer, and although I’ve toyed with the idea countless times, self-doubt inevitably gets in my way. What if I can’t hack it? What if I can’t support myself? What if no one wants to hear what I have to say? What if, what if, what if… But who knows. My self-confidence is constantly growing, so you may one day see a book from me yet 😉 Until then, I’ll keep adding to my growing library… 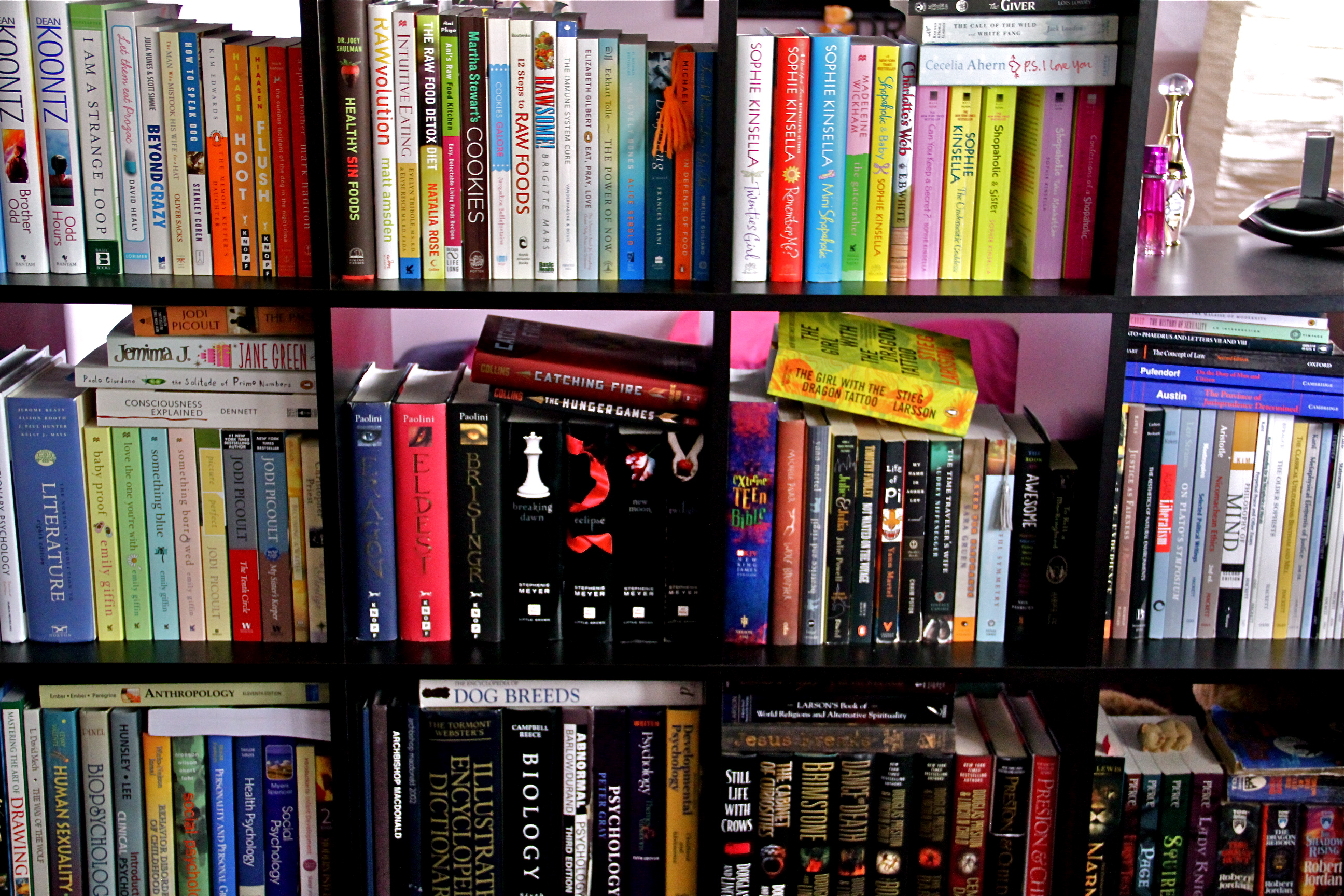 And those are some of the things that make me, me 😀 I think one of the most important things that I’ve learned is to accept myself for who I am, and rock what I got, instead of trying to force myself to be someone that I’m not. It’s okay if I don’t live the kind of life that’s so highly glamorized by society – I live life my way, by doing what works for me. I think that everyone would be a lot happier if they redirected some of the energy that they devote to trying to make themselves fit some “perfect” mold, and used it to try and learn how to accept themselves for who they are instead.

Or, are we completely opposite in some things?